I don’t know about you, but I think cooking should be FUN!  Making things from scratch, especially if it’s easy, is highly rewarding, but sometimes it’s just plain ol’ fun to put something together that’s “semi” homemade, easy, super tasty, and really pretty.  That’s exactly what an Ice Cream Bombe is all about.  I first time I ever one was at Finns’ Table restaurant in Kilkenny, Ireland.  It had a huge “WOW” factor when it came to the table and it was soooo good! 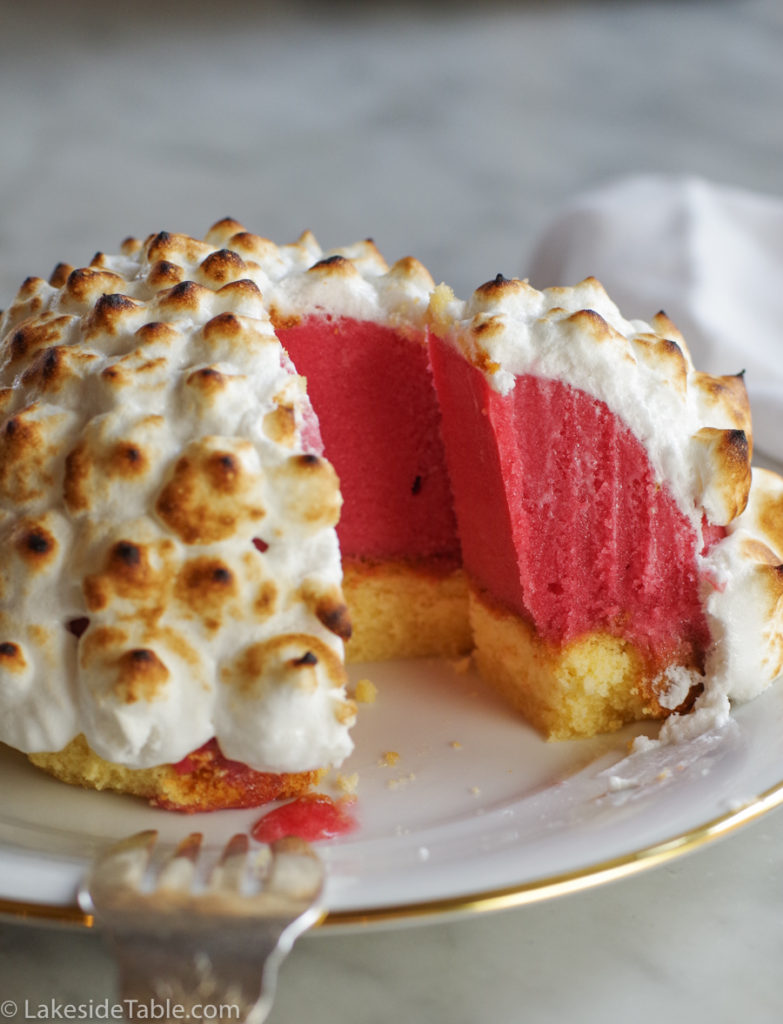 Jerry and I took a vacation to Ireland with our friends, Scot and Linda.  We toodled all over the Republic taking the traditional sights like the Cliffs of Moher, the Ring of Kerry, and basking in medieval ruins. 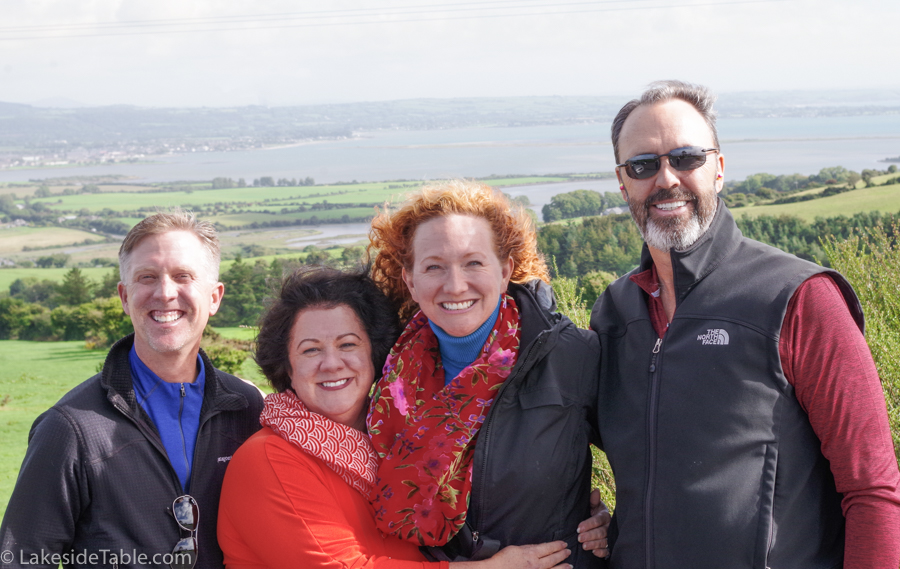 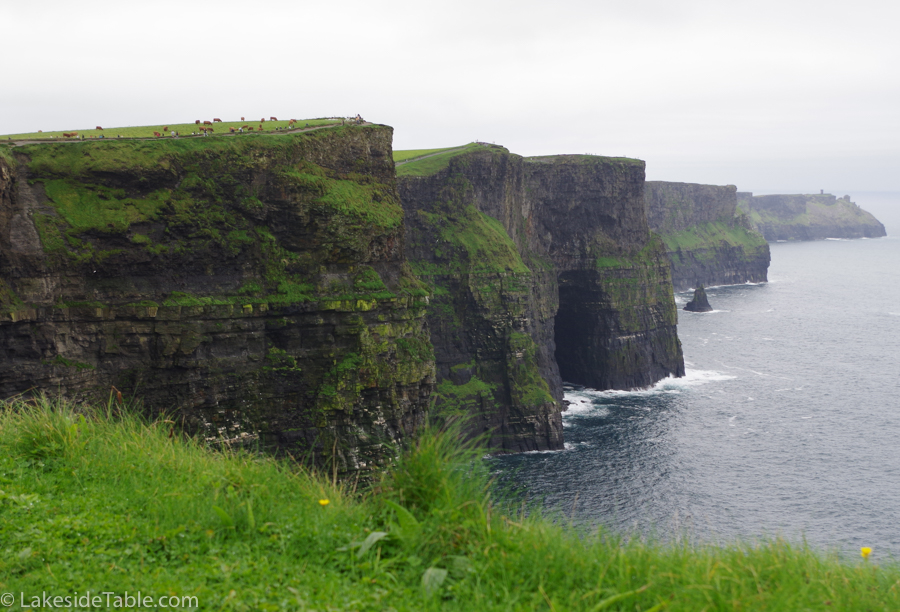 The Cliffs of Moher – truly a sight to behold… Even on a rainy day!

After a full day of taking in historical charm, we would carry our explorations into the local pubs and eating establishments.  At the end of the meal we would play a game.  Each of us would order a dessert and who ever picked the most attractive and the tastiest sweet would be dubbed the winner.  Linda won every time! 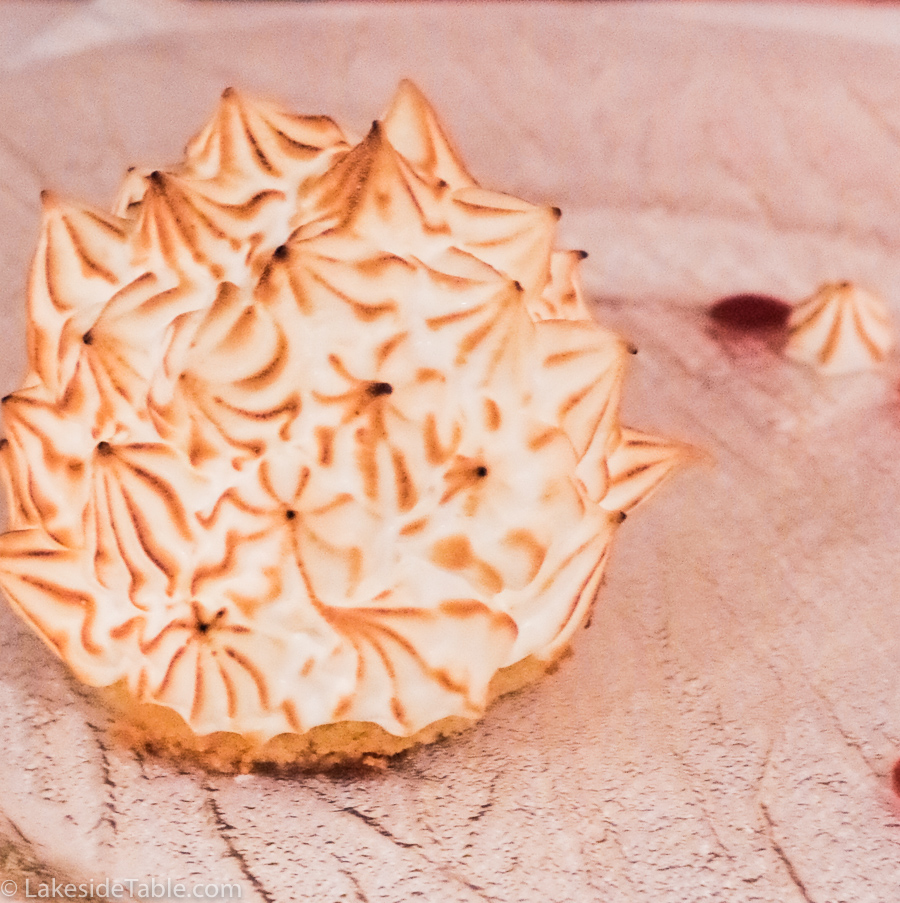 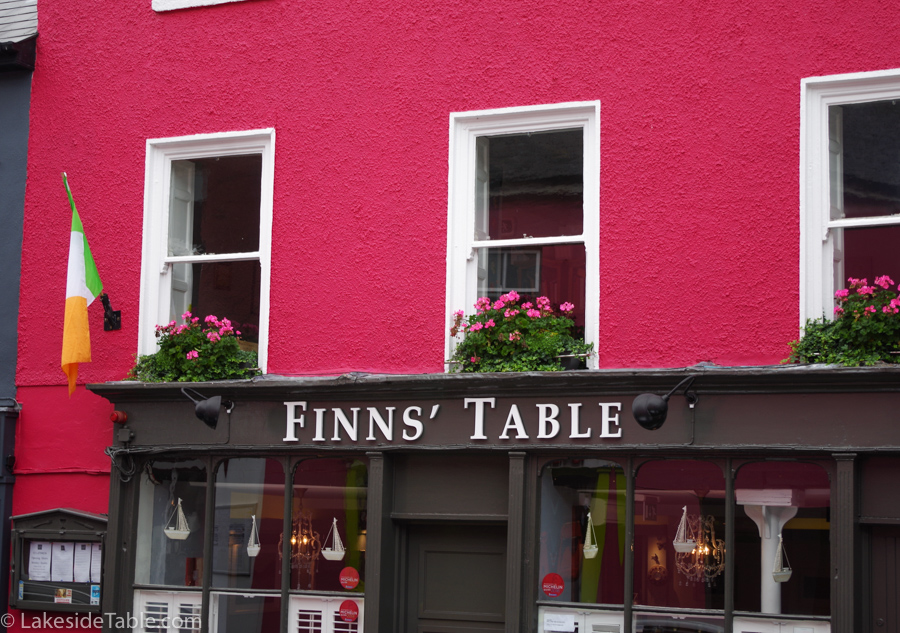 Finns’ Table in Kilkenny Ireland is both cozy and charming. Everything we ordered here was excellent!

Half way through our trip, I decided to say screw it to the game and just ordered whatever Linda did.  I was never disappointed!

Your mission, should you choose to accept it…

This Raspberry Ice Cream Bombe was my favorite dessert of the entire trip.  After we returned home I made it my mission to recreate it.  The only difference is in the restaurant version, they used meringue (like a baked Alaska) and torched it.  Which, I have to admit, is really cool.  However after doing it their way, I decided to take a shortcut and make it a little easier.  I encase my version of this ice cream delight in light whip cream peaks.  Well, if you want to get technical… Cool Whip.  It’s really good, easier, and faster.  You can also make the whole dessert ahead of time keep it in the freezer for a day or two.  WIN – WIN – WIN! 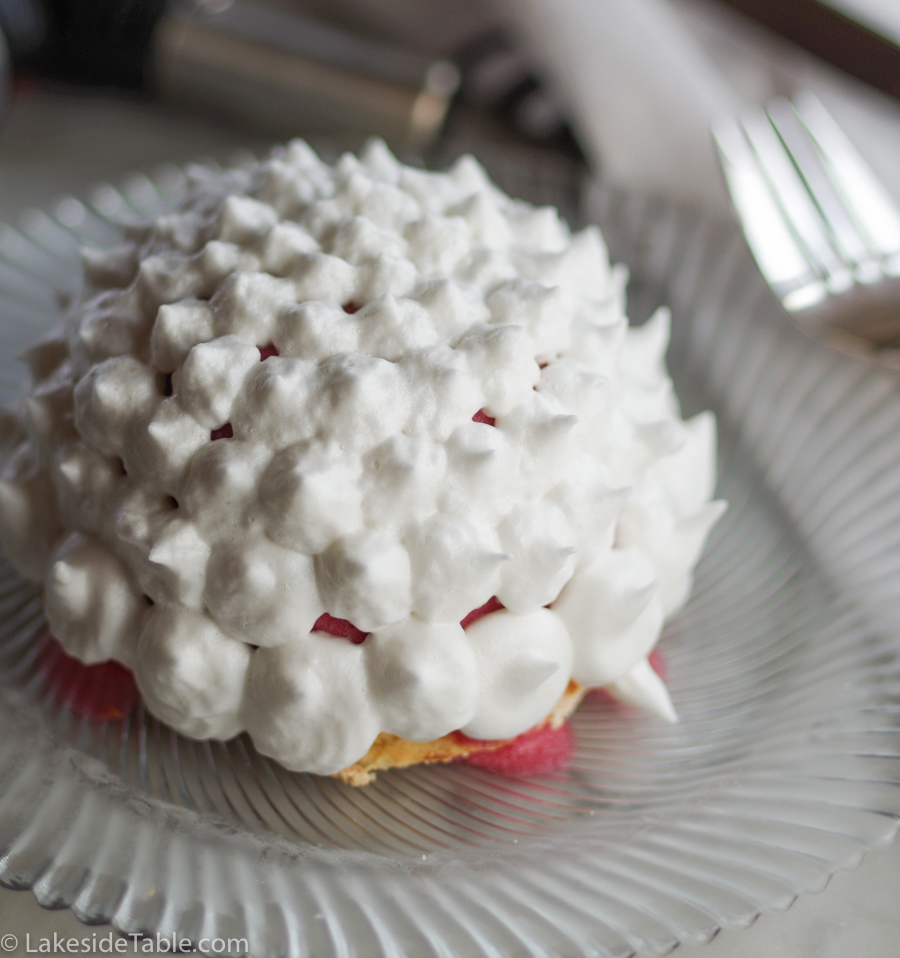 Ice Cream Bombe – this one I covered with meringue, but I think I like it best with Cool Whip.

I like to use my favorite store bought ice cream, but if you want to make your own homemade ice cream here’s a couple of my favorites from the Firefly Grill: Vanilla Ice Cream and Very Berry Sorbet.

You can get as creative with it as you want.  Carver made one of these for his girlfriend that was 1/2 her favorite ice cream and 1/2 his.  An Ice Cream Bombe is a fun, beautiful, and super easy semi homemade dessert.  Plus, it’s completely unexpected, totally different, and has a great WOW factor! 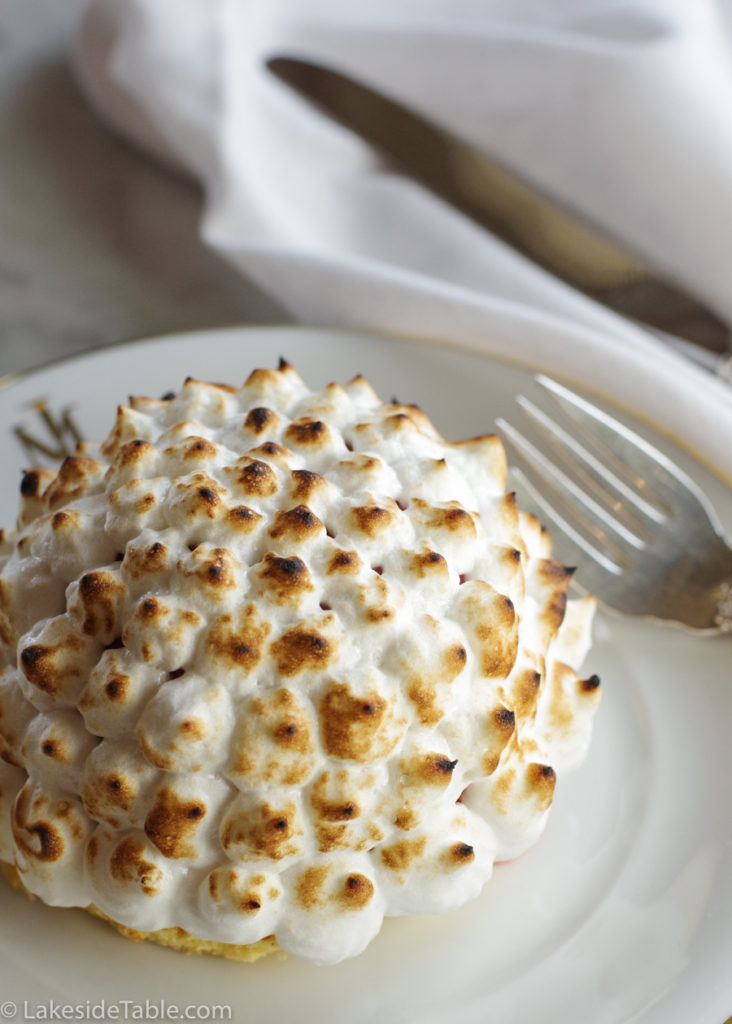 The ice cream bombe is covered in toasted meringue.

Birth of the Ice Cream Bombe

I think the whole idea of an ice cream bombe is pretty cool too.  Molded desserts started in France in the 16th century.  By the 18th century the French were making ice cream and soon people were molding ice cream into bombes.  It gets it’s name because the shape resembles a cannonball bomb.

I love surprising Jerry with a little something special from time to time for no particular reason.  Bringing one of these out of the freezer after dinner usually does the trick. 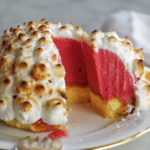 If you want to make this ahead, make it up to step #6.  Unmold it but keep it covered in plastic and replace it back in the freezer.  Add the Cool Whip right before you serve or up to several hours ahead of time.