Do you have a dream job?  Personally, I would love to teach a culinary history class.  I would call it Gastronomic History and start with a classic Pork Wellington!

This recipe has a fascinating history and is particularly interesting because begins with Napoleon Bonaparte’s quest for European domination and a decent pair of boots. 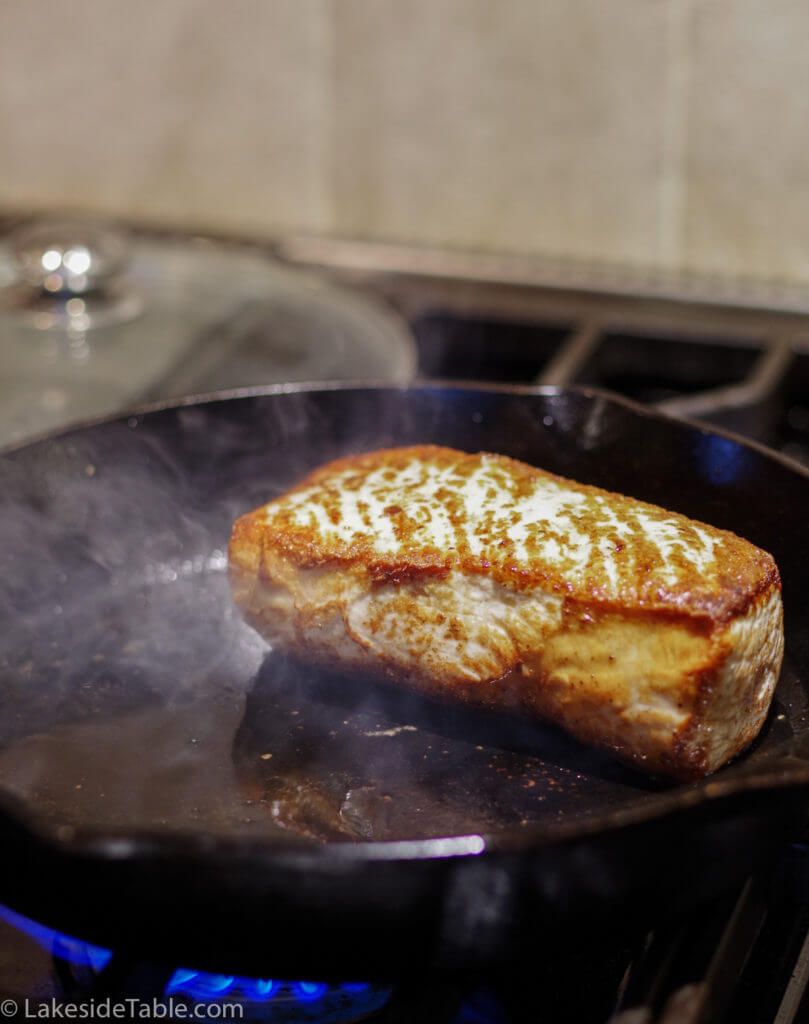 The beginning of a Pork Wellington – browning the tenderloin

A recipe rooted in history

Napoleon Bonaparte crowned himself emperor of France when he was 35 years old in 1804.  For the next 8 years, he waged war across central and western Europe expanding the French empire. 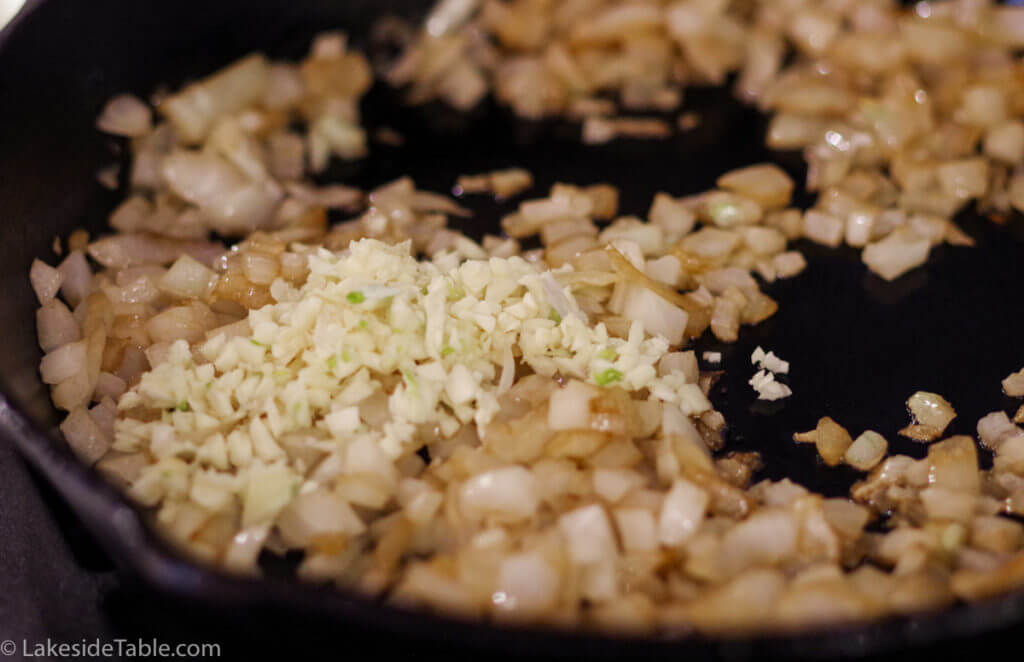 Making the Duxelles, or mushroom mixture

After a massive defeat with Russia in 1812, Napoleon lost again at the Battle of Leipzig and was forced into exile.  However, he escaped and rallied together 1000 men to ride into Paris where he was greeted as a hero with throngs of cheering crowds! 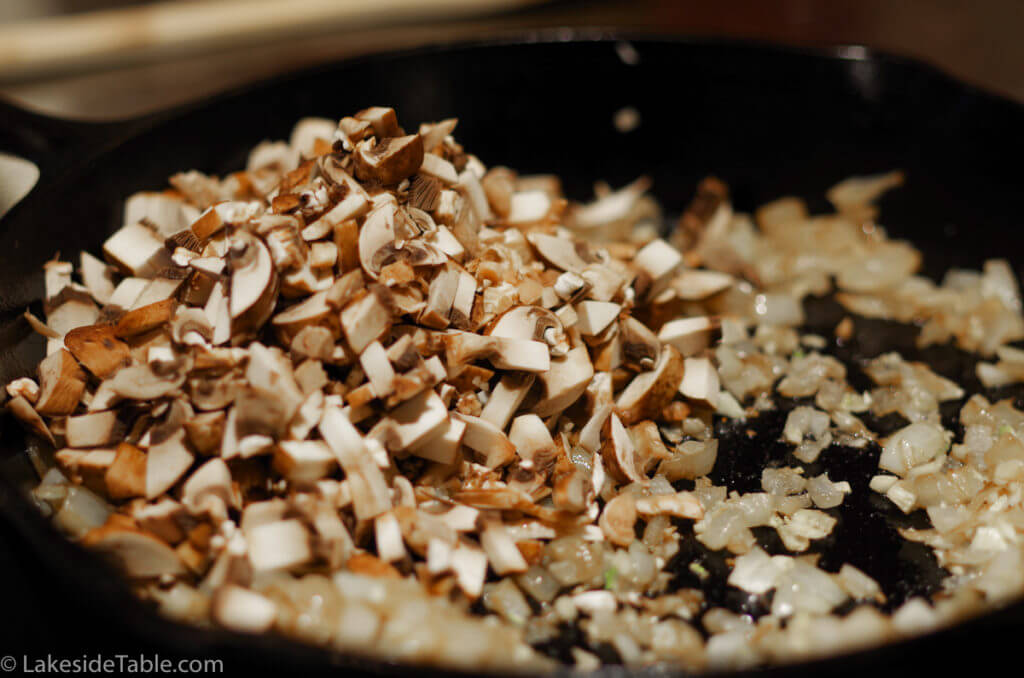 Fully intending to conquer Europe, he marched over 72,000 soldiers into Belgium.  There he was stymied by a unified force made up of Russian, Prussian, Austrian, and British armies.  He won the Battle of Ligny, but he did not entirely crush his opposition! 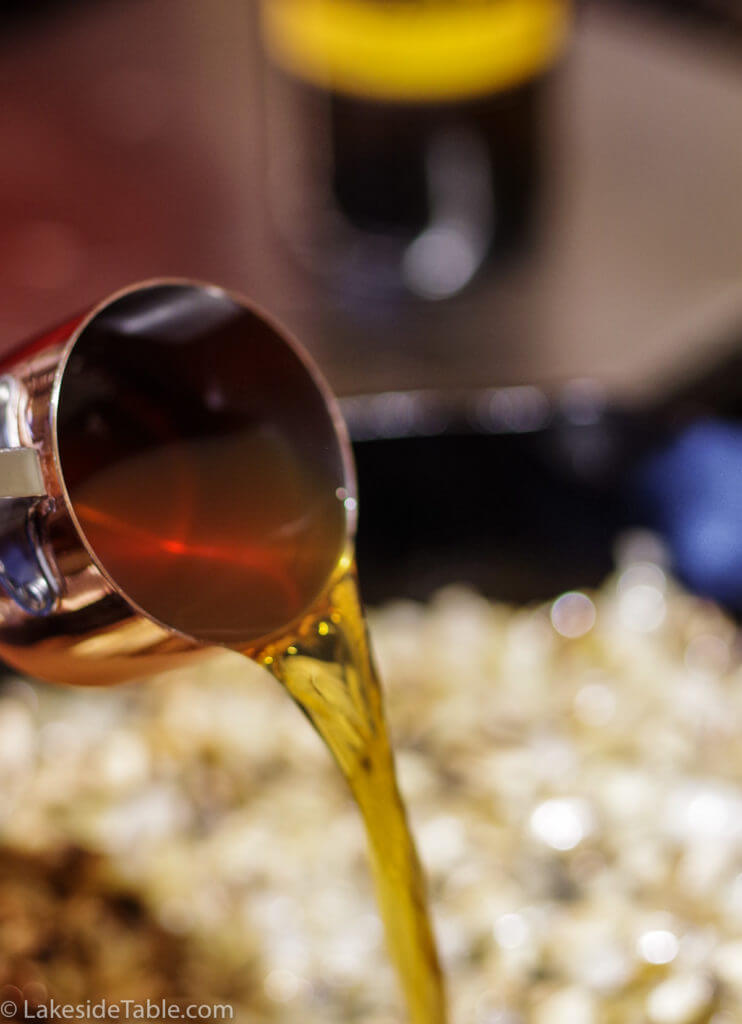 Adding the Madeira wine to the mushroom mixture

How Pork Wellington got it’s name

Napoleon continued his march until right outside Waterloo where he was confronted by the British army under the command of Sir Arthur Wellesley, Duke of Wellington.

Traditionally the pastry wrapped around a Pork Wellington or Beef Wellington is lined inside with foie gras. I choose to replace the foie gras with thinly sliced ham due to its expense but mainly the possible animal cruelty in the making of foie gras.

How a great pair of boots won the war of Waterloo

Sir Wellesley, Duke of Wellington, knew the importance of proper foot care and purposely outfitted his entire army in tall waterproof boots.  We still wear versions of these today as rain boots, farm boots, and equestrian riding boots.  Ever heard of wellies?  Well, the Battle of Waterloo made these boots famous. 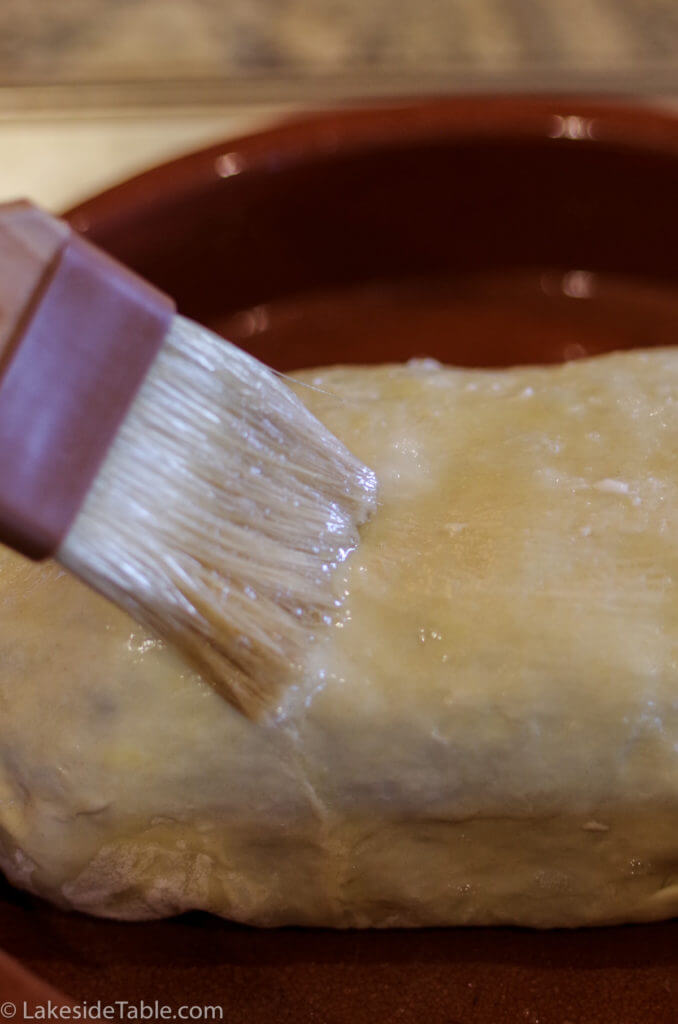 After wrapping the pork tenderloin in pastry, brush with butter to help it brown beautifully

Napoleon, not having any decent waterproof footwear for his army, decided to wait until after the waterlogged battlefields of Waterloo had dried up a bit to make his attack.  This gave the Prussians time to come to the aid of the British.  With their added force and the British troop’s well appointed foot gear, they soundly defeated Bonaparte at the Battle of Waterloo. 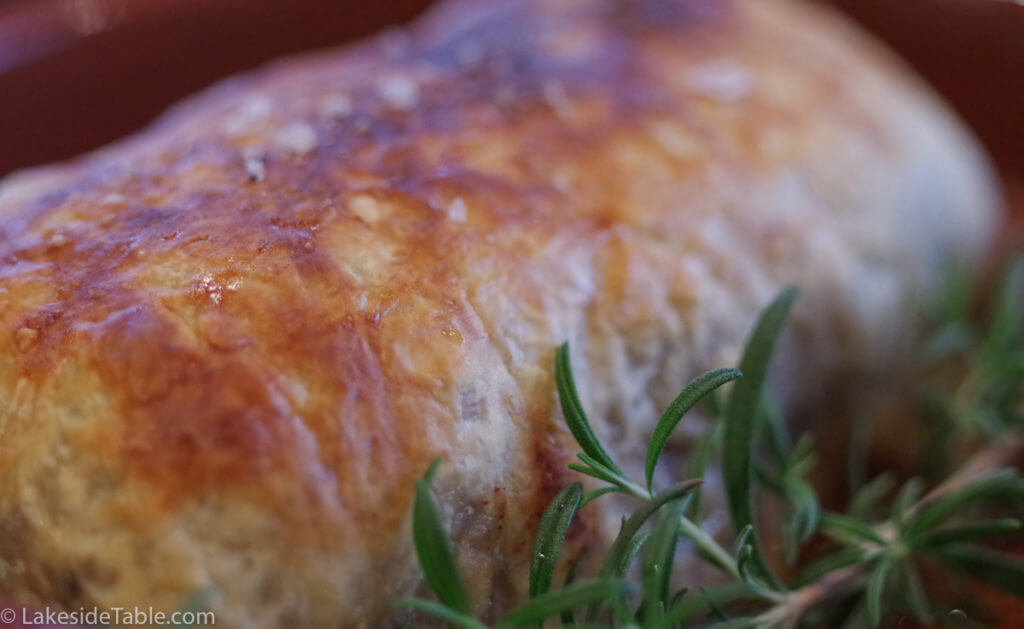 The Duke was not a foodie

The Duke of Wellington returned to England a hero and became Prime Minister from 1828-1830.  On a personal note, it is said he was quite indifferent to food, but he did favor a choice cut of beef, mushrooms, truffles and a good Madeira wine.

Knowing this, his chefs went to work with a beef tenderloin and created the first Beef Wellington in his honor.  They called it Beef Wellington because the finished uncut meat pastry strongly resembles the upper part of a Wellington boot.  This bit of culinary history makes for great dinner conversation over a delicious meal at your next dinner party! 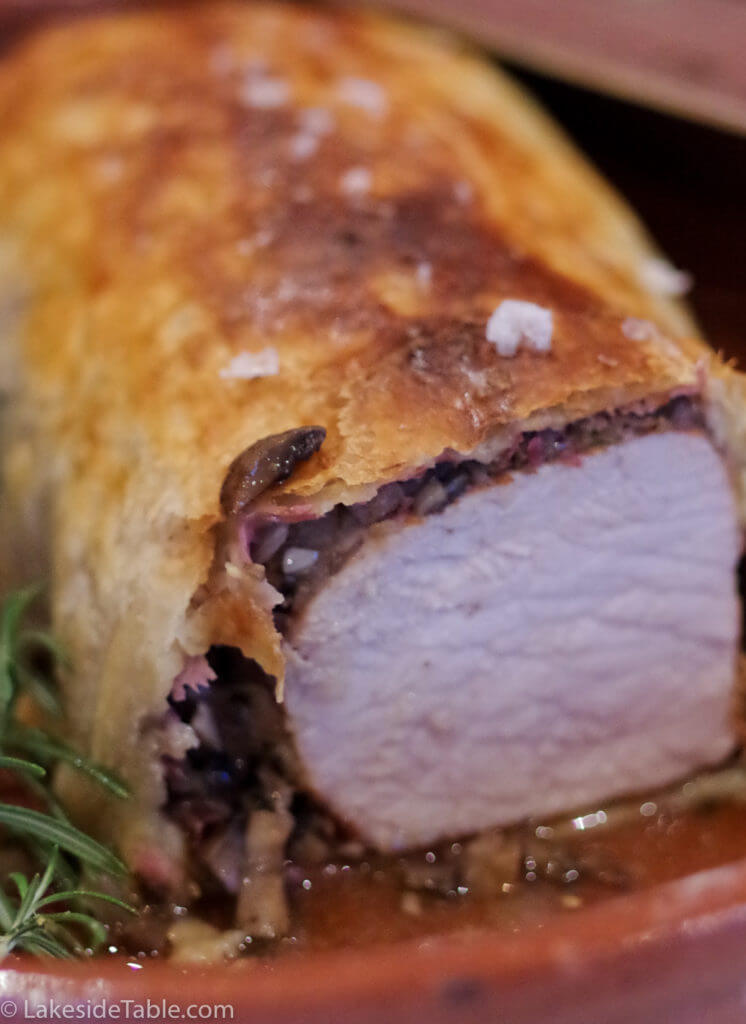 How to Make Pork Wellington

Truth be told, Pork Wellington isn’t a classic, it’s a spin off of a classic Beef Wellington recipe.

Pork Wellington is the tenderloin cut of meat browned on all sides smothered in a mixture of mushrooms, Madeira wine, shallots and truffles and then rolled in puff pastry with sautéed .  After that it’s baked until golden brown.

This is not a difficult dish to make.  No matter if you choose to use pork or beef, a medium rare temperature (135F) makes for a juicy tender bite.

How to Make Pork Wellington Ahead of Time

Yes! You can make either Beef or Pork Wellington ahead of time.  Instead of doing one large pastry, do individual servings like this:

When you are ready to serve, thaw the individual Wellingtons over night in the refrigerator.  Bring the internal temp to room temperature (check with a thermometer), then bake at 400F until golden brown (approx. 15 minutes).

What to serve with Pork Wellington

For some good sides to go with either a Beef or Pork Wellington keep it simple and try one or two of the following: 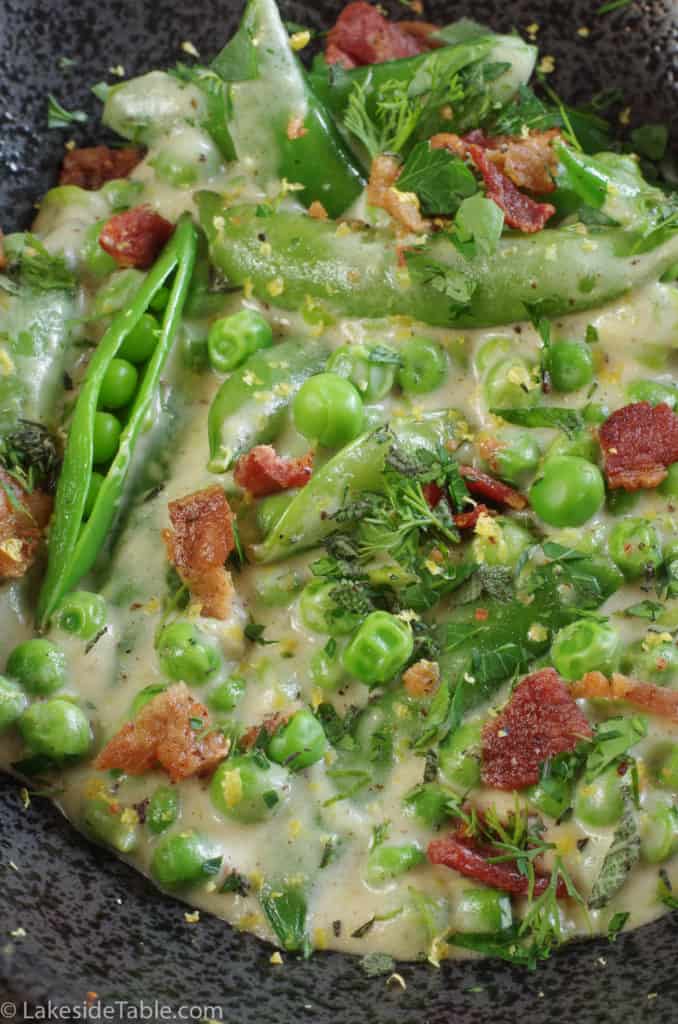 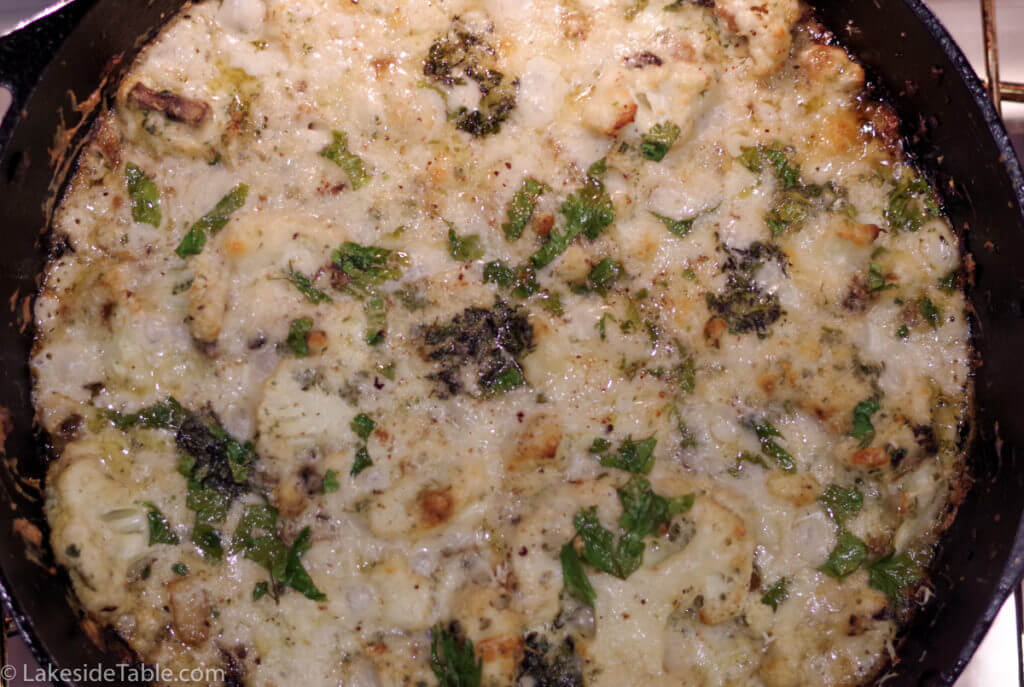 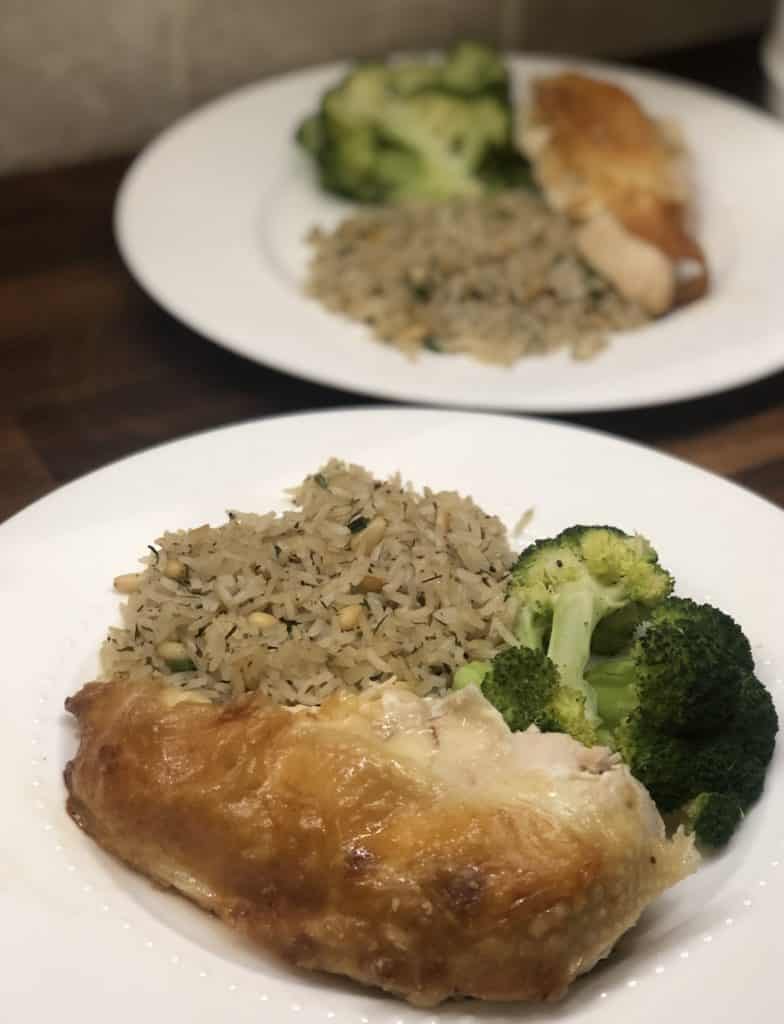 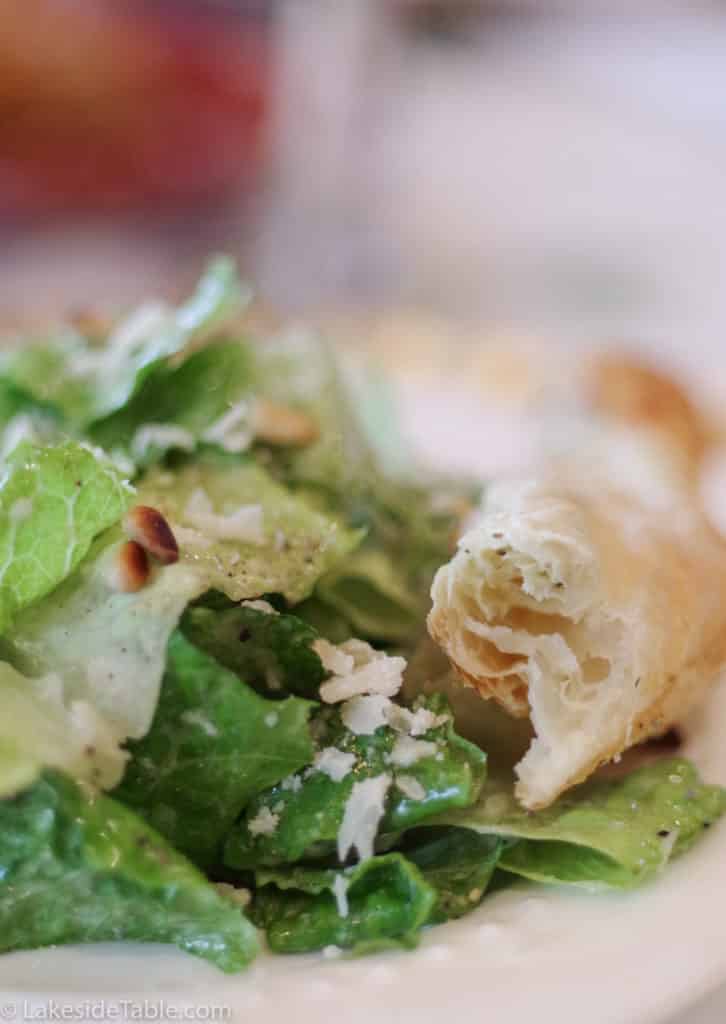 And here’s a FREE download I did on Thanksgiving sides, and any of these would be delicious with it. 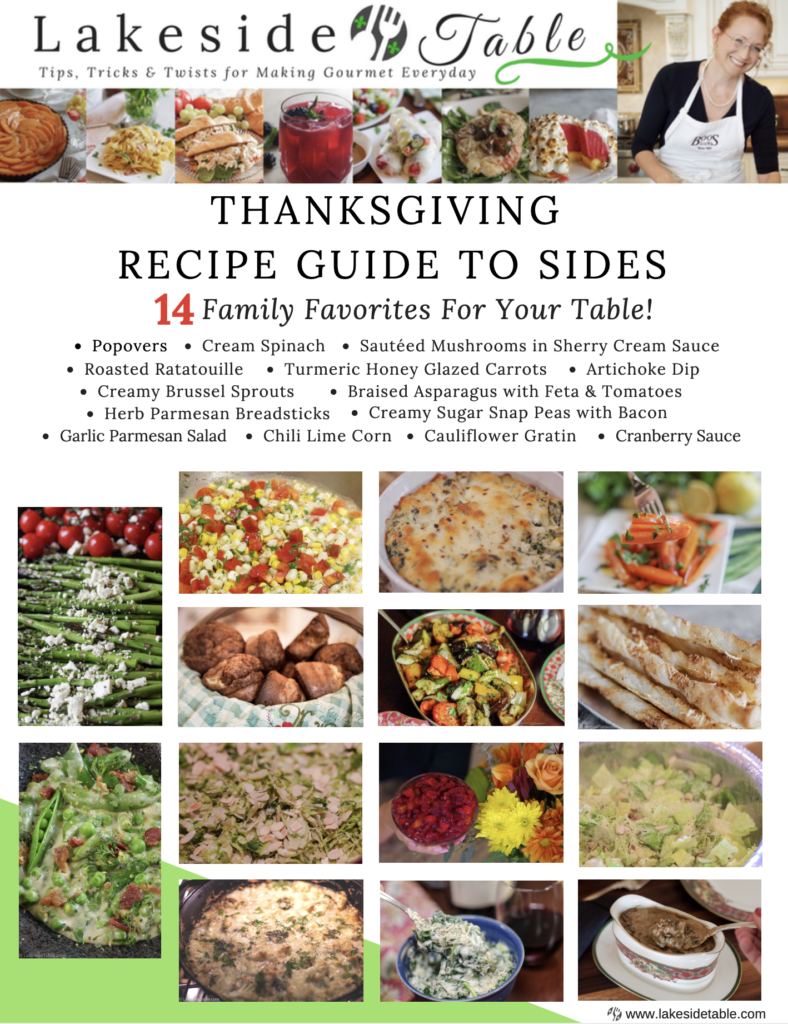 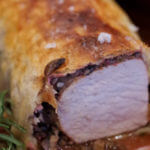 Pork Wellington - This is a cheap and easy spinoff of the classic Beef Wellington, but it is super tasty. Looks fancy but it's really easy! | www.lakesidetable.com

Note in the prep time I put 80 minutes.  The active prep time is really about 20-30 minutes as you wash, cut and saute the mushroom mixture, and brown the tenderloin.  The other 60 minutes is to let tenderloin cool in the refrigerator.  It needs to cool off so it doesn't over cook.  AND if you put a hot piece of meat on puff pastry, it melts the pastry and makes it gooey.  You get a much better puff all the way around if the meat as cooled first.

Serve with a crisp sauvignon blanc or if you've made this with a beef tenderloin you might like a favorite cabernet sauvignon or Malbec.   Baby potatoes with lemon and parsley, green beans almandine, and a big green salad also accompany it well.

Make this an ultra low carb, gluten free, and ketogenic dish by simply discarding the puff pastry once it's on your plate.  The real treat is the tender and moist pork loin combined with the sherry mushroom sauce.  Delish! 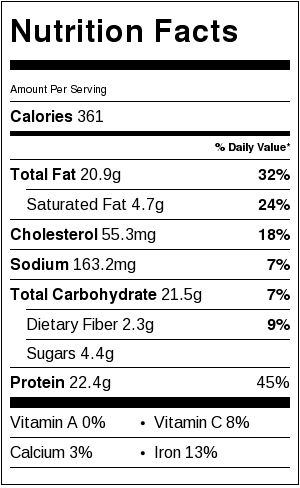