I hope you all had a relaxing and fun Father’s Day!  You can practically throw a rock from our place and hit a golf course.  I was tempted to take a picture of the golf course on Mother’s Day and juxtapose it next to a picture taken on Father’s Day.  Huuuuuge difference, as you can imagine.  Next year maybe.  This year, however, I’m excited to share with you one of my favorite recipes from my dad: Golden Crusted Crab Cakes! 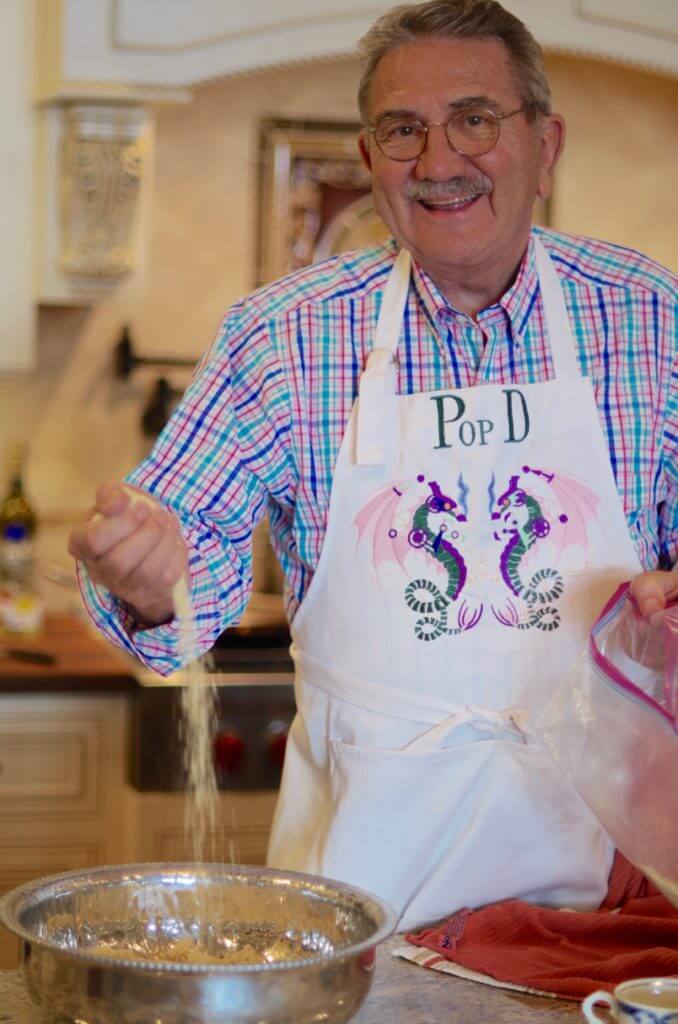 These crab cakes get 5 stars because they’re easy to make, low carb, broiled – not fried, even better if made the day before, and completely scrumptious!  Check out my dad and I making them in this video and get the full scoop on how he got the recipe from Emeril!

They’re made with lump crab meat and very… VERY LITTLE “breading” filler.  This recipe makes 6 good sized crab cakes and you use only 20 saltine crackers.  In the end, you’ve got crispy golden crab cakes that are all rich buttery crab. 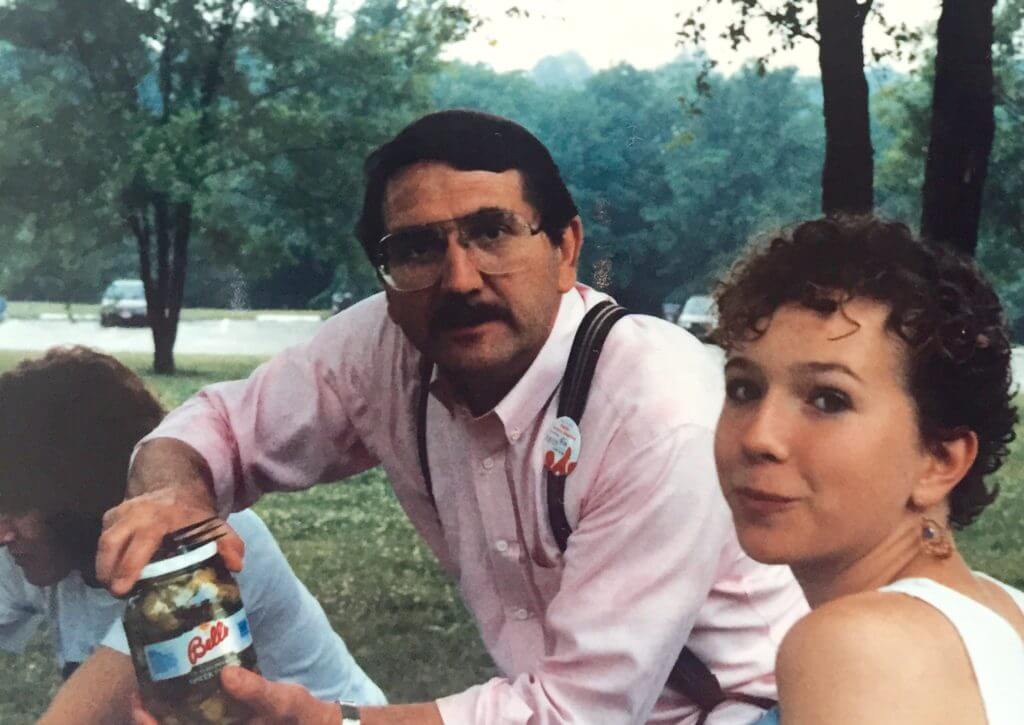 My dad left Norcross, Georgia when he was 17 and went to college on a full ride football scholarship at Northwest Missouri State (GO BEARCATS!!!).  Once he left the dorms, he learned his way around the kitchen pretty quickly.  But I don’t remember him really getting passionate about cooking until the mid 1980’s. 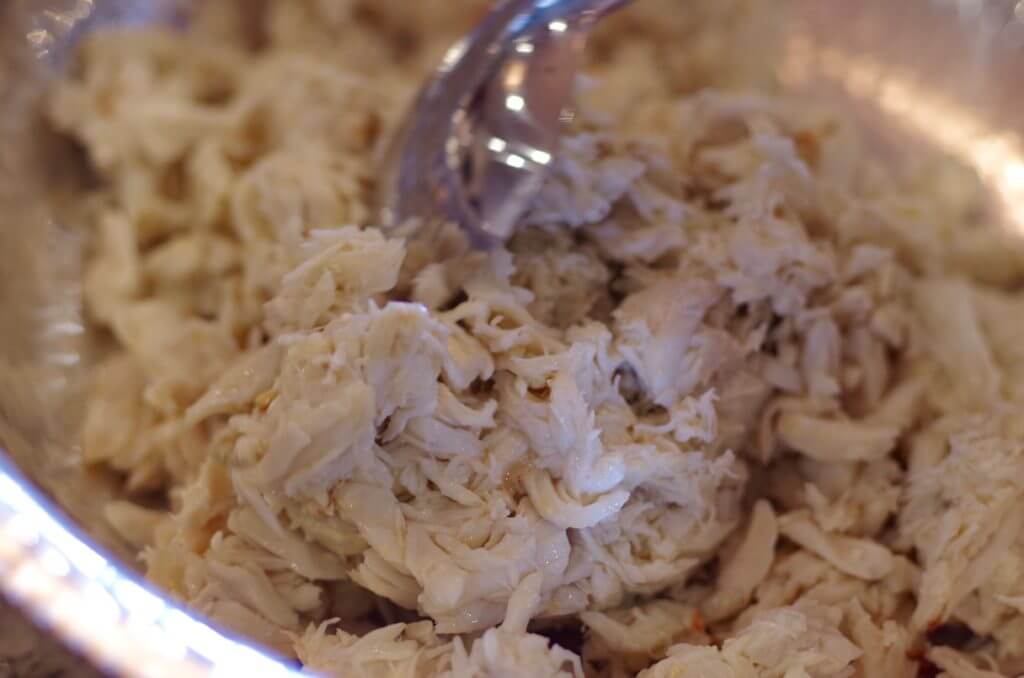 Be gentle with the crab meat to keep the lumps intact

Mom and Dad had just started The Irish Crystal Company in St. Louis.  Dad did the books, mom ran the front of the store, and after school I polished a lot of crystal.  Since he would go in much earlier than everyone else, he would leave the shop around 3PM, head home, and start on dinner.  I remember one chilly fall afternoon he rang the shop, “Nanc, how do you make your potato soup?”  She got off the phone shaking her head laughing.  Apparently, he had already made it and his method didn’t half way resemble hers.  I asked her what he did.  She chuckled and said he wouldn’t tell her.  I grew up thinking we were part Chinese.  Dad’s favorite line was “Sorry, can’t tell you.  Ancient Chinese secret.” We always had cookbooks in the kitchen, but I don’t remember them laying open.  Mostly they were used as guidelines and reference points.  I never found out how he made that potato soup, but it was the best damn potato soup I’ve had to this day.  Have you ever seen those giant foot long bricks of cream cheese you could get at Costco or SAM’s?  Yeah, I think there was a least 1/2 of one of those in there and at least a 1/2 pound of butter.  Yep, it was pretty awesome. 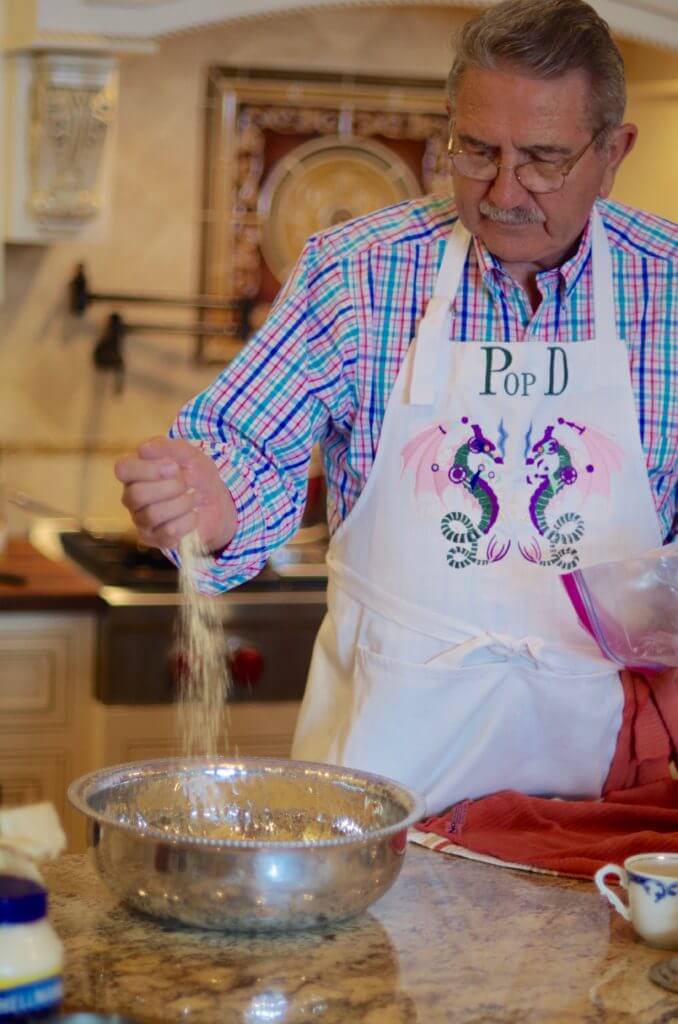 January 1992, he and mom went to New Orleans for their 25th wedding anniversary. They wanted to try this new restaurant but it was crazy busy and hard to get a table.  Finally after talking at length to the hostess she said they 2 spots at the bar if they wanted it.  He said that would be fine.  Turned out, this new restaurant was Emeril’s, the “bar” was the counter at the exhibition kitchen, and their chef for the night was no other than Emeril Lagasse.  Dad said he was as nice as can be, funny, engaging, down to earth, and passionate about his food.  I think Dad’s enjoyment in the kitchen really blossomed into a passion right then and there. 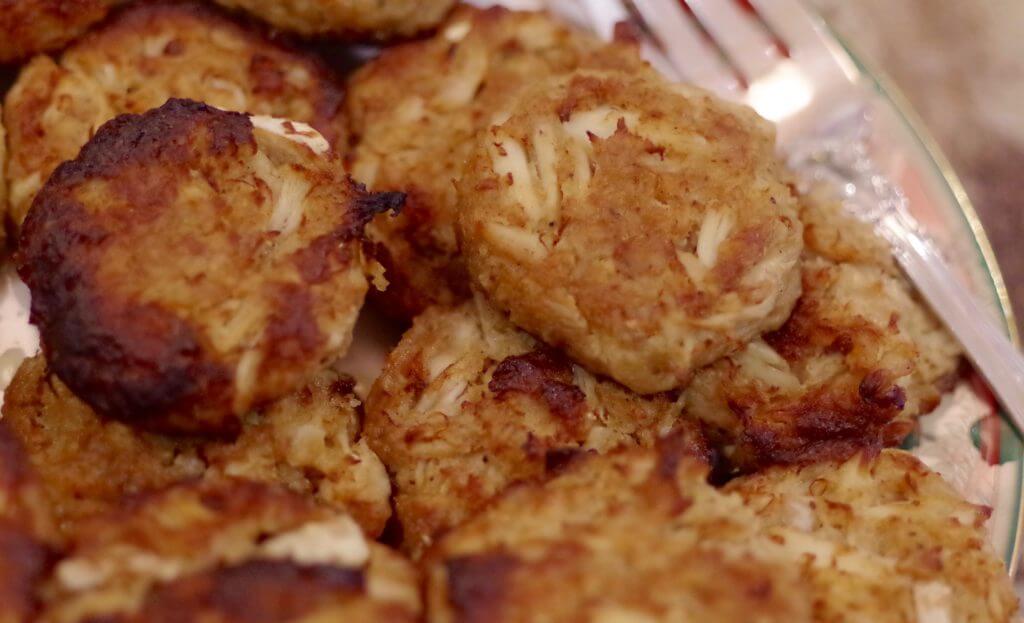 These were covered and refrigerated for an hour, brushed with butter, then put under the broiler.

These crab cakes call for Creole seasoning and I always think of that story when I make them.  If you make these, and I hope you do, make sure you blend blend it very very gently.  Too much stirring can make them mushy.  You want to keep the lump meat as intact as possible.  Have fun and let me know if you try these!

These are beautifully browned until golden and a bit crispy with big chunky hunks of crab meat.  Make these a day ahead and then pop them in the oven for a quick delicious dinner on a busy night.  | www.lakesidetable.com
Course Main Course
Prep Time 1 hour 20 minutes
Cook Time 16 minutes
Servings 6 servings
Author Madalaine

Thanks Dad!  You are a great cook and I always love your recipes!