Nestled deep in the central southern mountains of Mexico is a cluster of villages on the northern shore of Lake Chapala.  At its epicenter is the village of Ajijic.  10% of this area’s 100,000 or so population is an ex-patriot community made up of people mostly from the United States, Canada, and Europe.  Since my parents retired there several years ago, I go down there at least once a year.  Nearly every day there is a “Wow” moment.

A “Wow” moment can be a stellar sunset or an encounter with two giant bulls standing in the neighbor’s garage or a real life cowboy (in full cowboy get up) riding his horse down the street… talking on his cell phone.  There is always something that inspires wonder, laughter, awe, or joy. 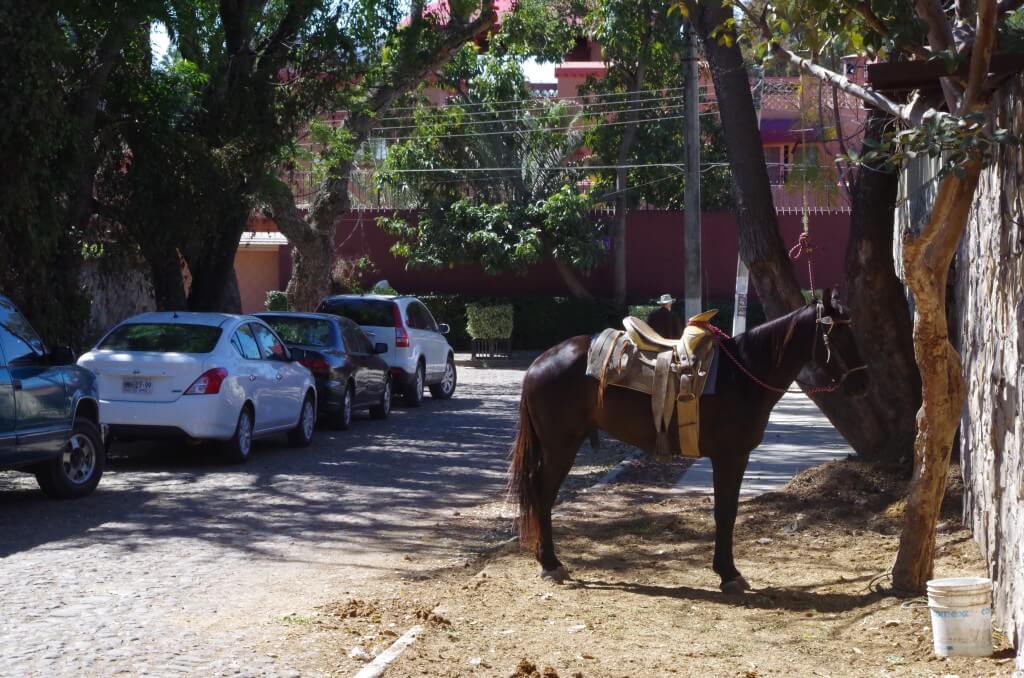 My recent trip was no different.  We went to Ajijic’s annual Chili Cook Off Festival and the first “Wow” was that there wasn’t any chili.  None.  Zippo.  Nada.  Ahhhh Mexico!!!  But there were tons of booths full of leather, artistic kitchen knives, Indian pottery, an iguana, and I met the owner and proprietor of Luna Cacau, Genaro (below) and his family. 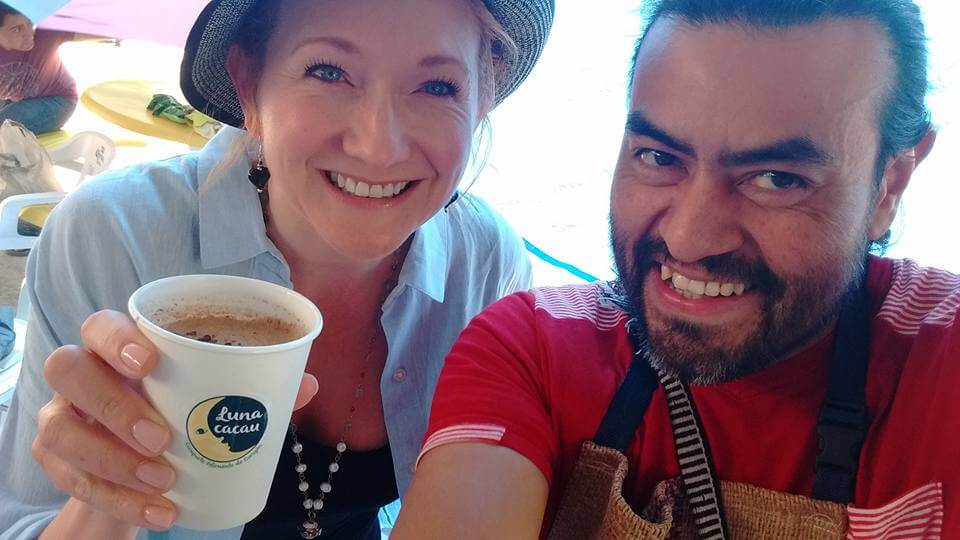 Luna Cacau are drinking truffle balls made from freshly ground cocoa beans.  They are rich in antioxidants and are mixed with either cinnamon, cardamom, vanilla, bourbon, rum, or you can get them simply plain.

Gerano is showing me how to crush the cacau. That’s his beautiful wife holding their youngest of three kids. 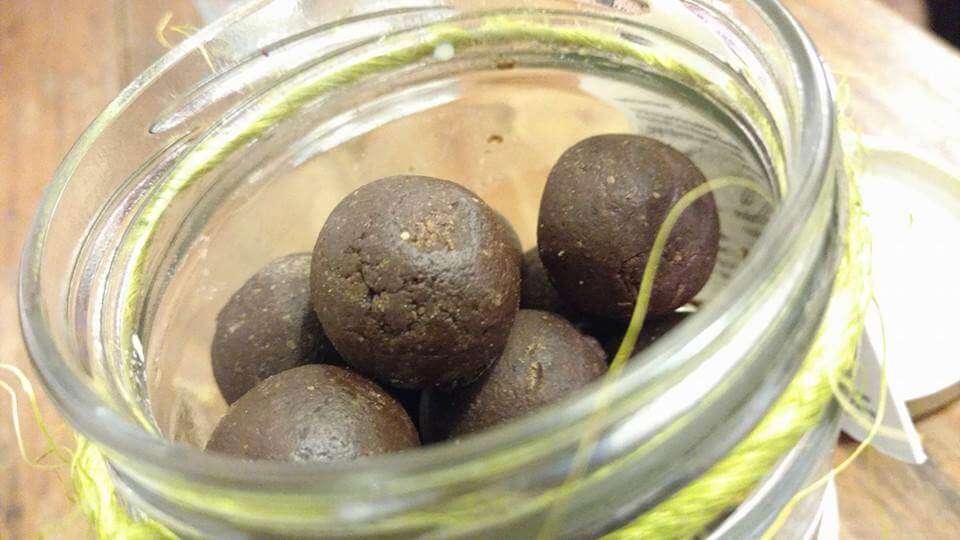 I grew up in the inner city and the closest I thought I’d ever get to an actual chocolate bean was by eating an almond Hershey bar while watching Johnny Depp & Juliette Binoche in Chocolat.  Holding a real life cocoa bean was so exciting!!!  It is the quintessential building block of every chocolate Easter bunny to every international award winning chocolatiers.  It’s a link back through time and history.  Both the Mayans and Aztecs cultivated it for culinary purposes as well as currency.  4 beans could buy you a pumpkin or 10 beans could get you an overnight lady companion. 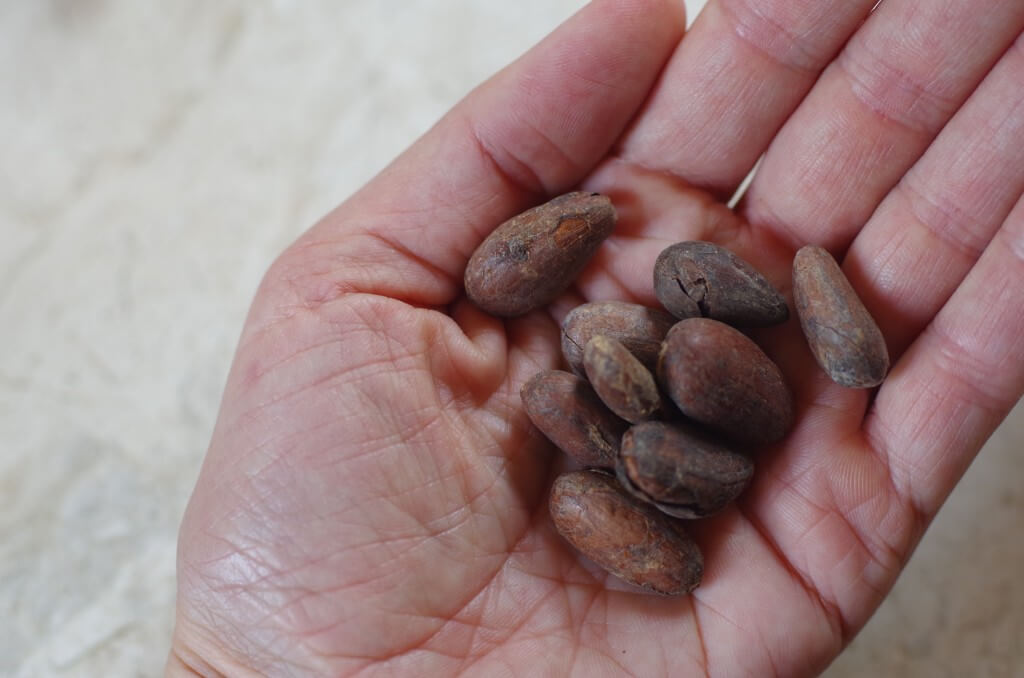 The cacau beans are almond shaped and have a papery wrap that comes off easily. 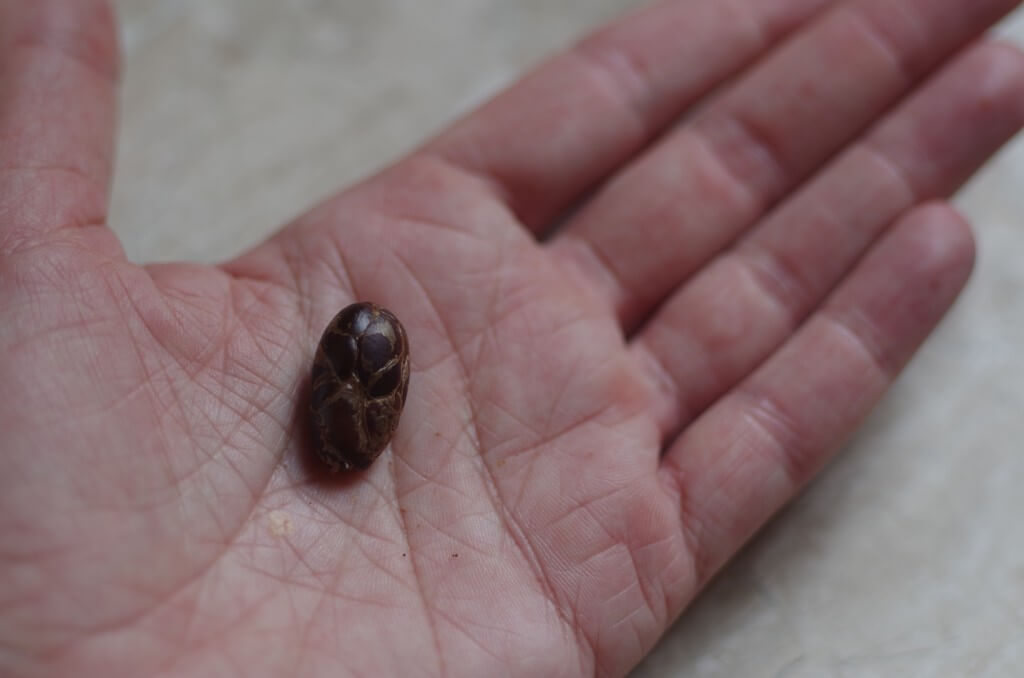 So, this was a major “WOW” moment for me, maybe even a little cooler than holding the iguana.  Although, he was pretty cute.

The following day we went to the tianguis de miercoles (Wednesday’s street market). 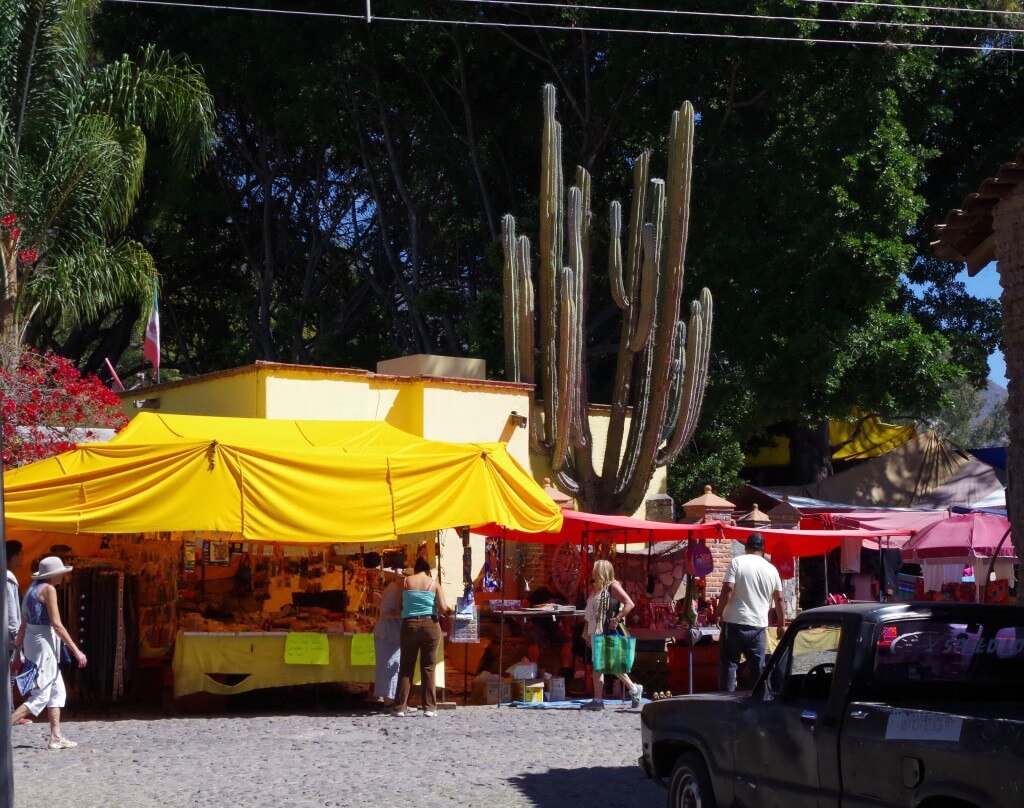 Mexican’s are fearless with color!  They pull their inspirations from the vivid fruits, vegetables, chilis, flowers and spectacular sunsets.  Here are some shots as I walked through it. 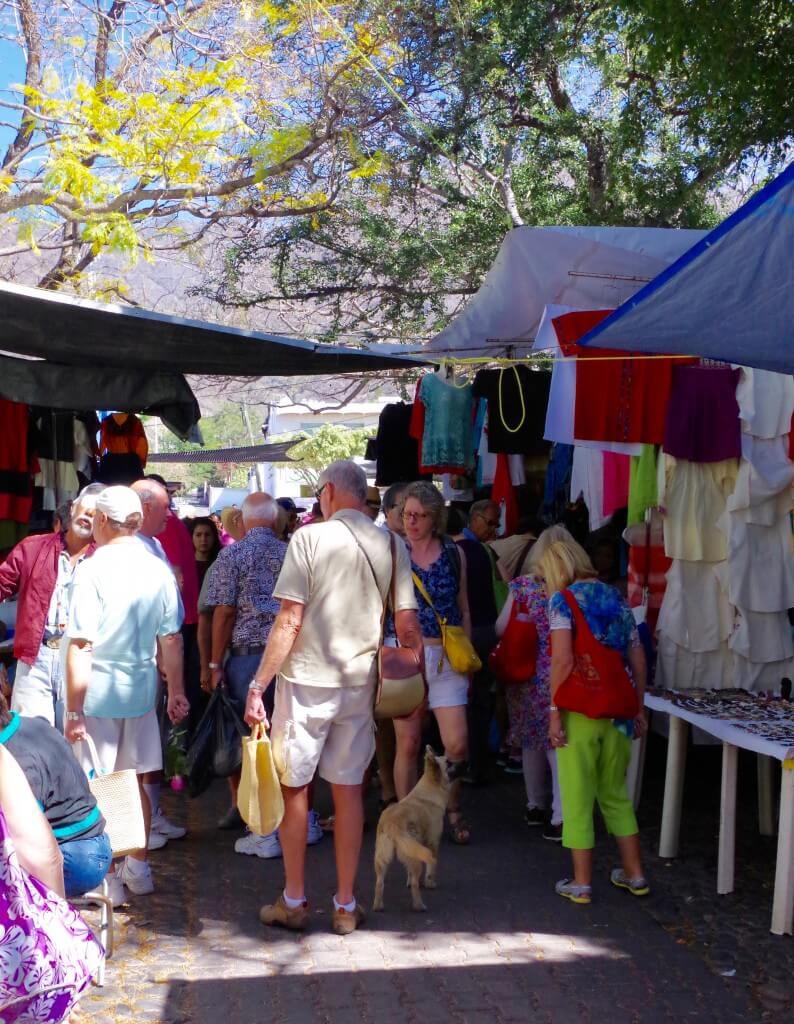 It goes up and down one street and it’s not very wide.  Gringos shop here as well as a lot of the locals.  It’s dog friendly too.

Here’s a woman selling her tomatoes under a red tarp. When the sun shone through the red canopy, it made the tomatoes a crazy bright red! 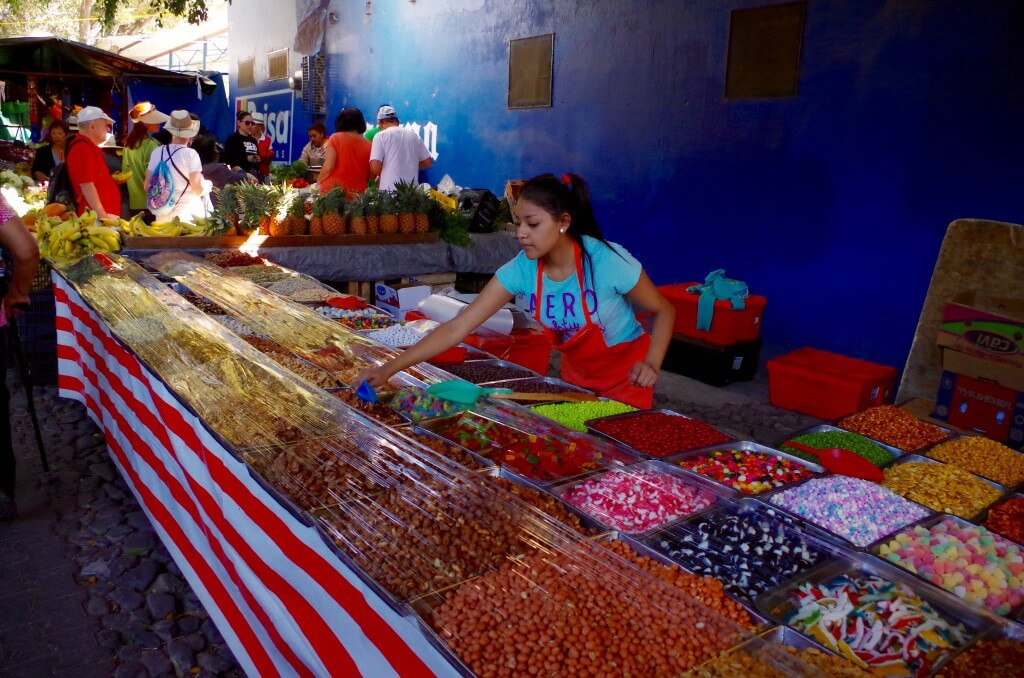 Even the Little Mermaid would go nuts here at the Pearl Man’s booth. 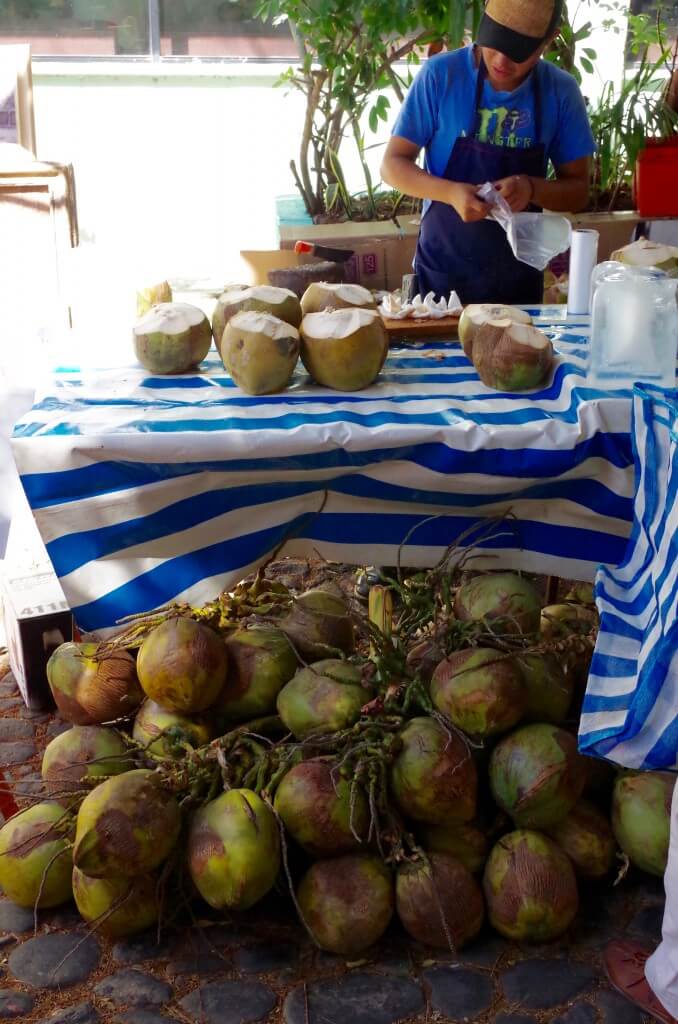 Fresh coconuts at the Ajijic tianguis 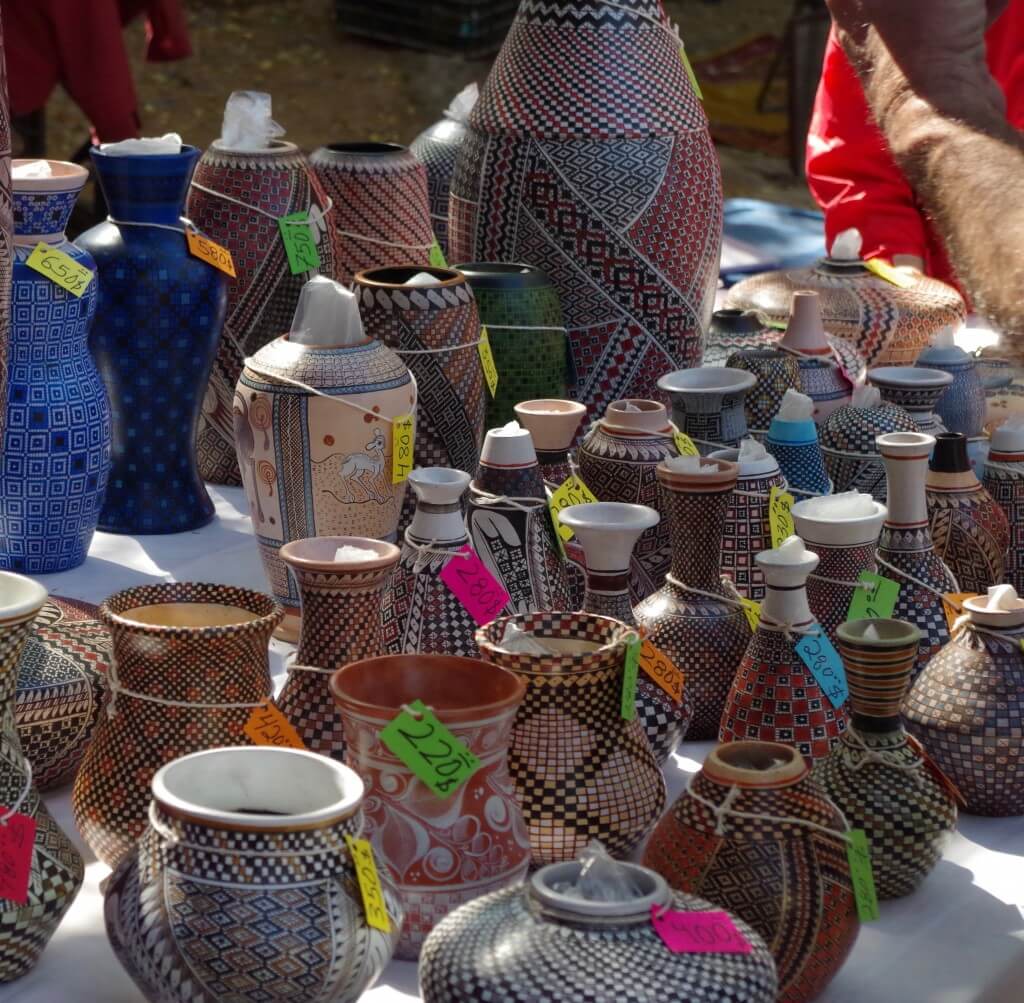 You can find pottery and textiles too here. 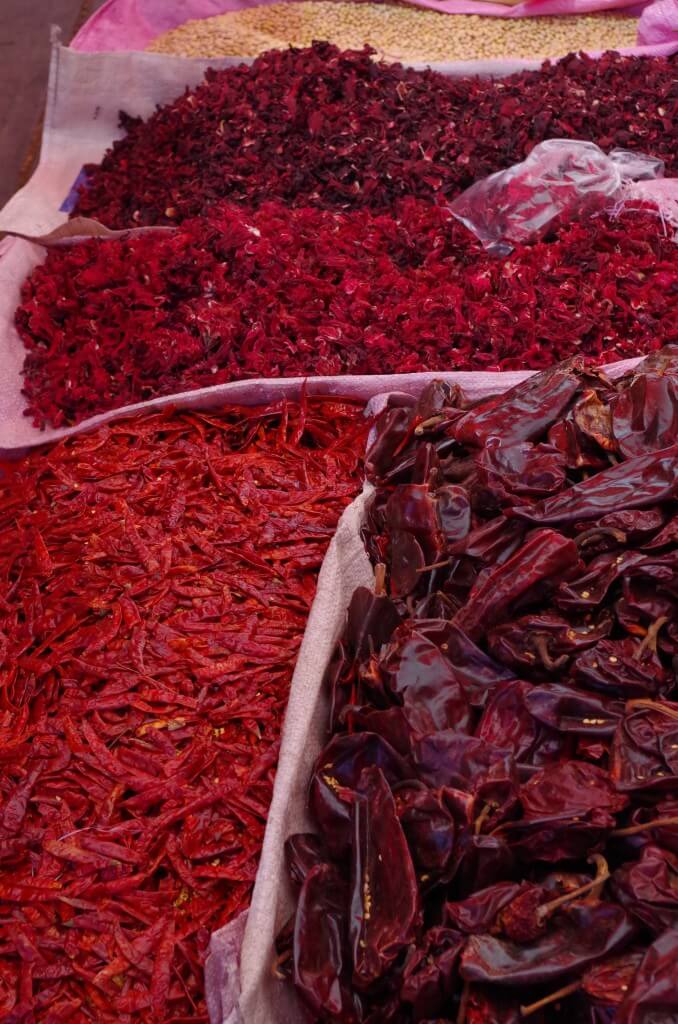 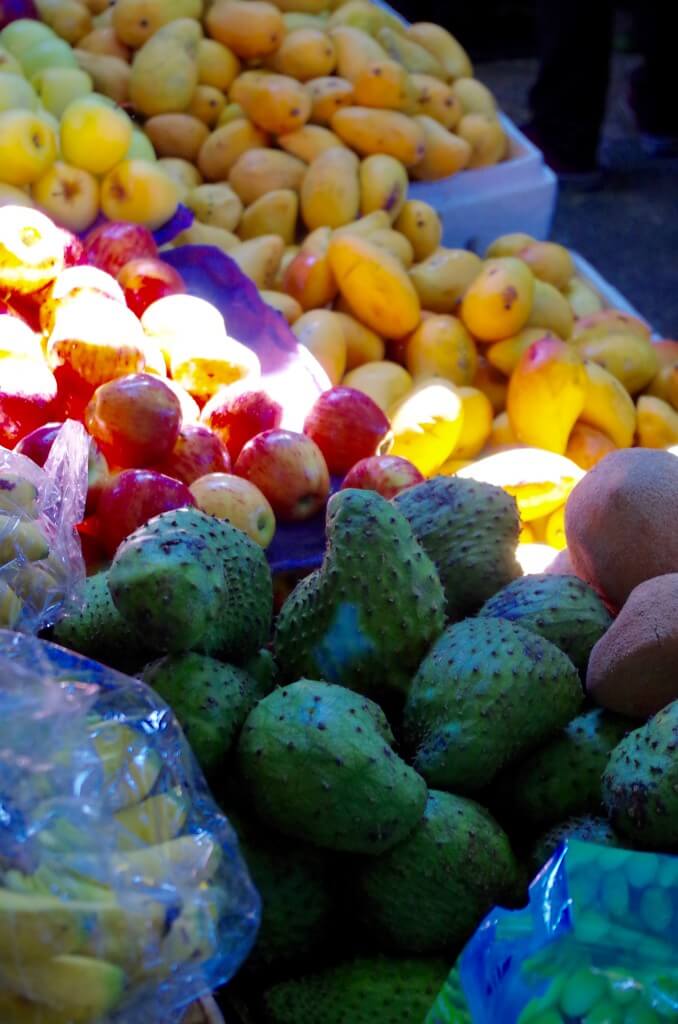 These green cactus pears are mildly sweet and somewhat bland. They taste a little like a melon and would be great in a salad or in a mojito. 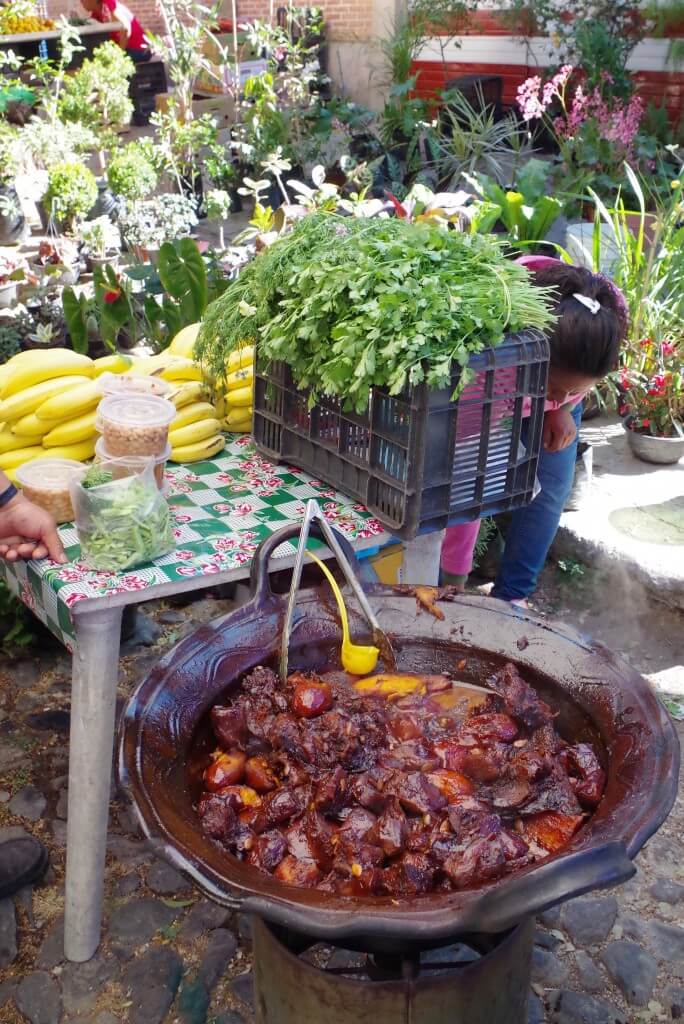 Tianguis carry out.  These are big pieces of pork and potatoes in a chili sauce.

I was tempted to try this but just couldn’t manage to channel my inner No Reservations.  I’m mighty careful about street food after a near death encounter with an oyster in Macau years ago.  Mr. Bourdain, your career is safe.

At the end of the day, after taking in all the commotion, colors, sights, street music, and general hustle and bustle of the markets, it was utter bliss to go back to my parents’ hacienda, sit on their veranda, and indulge in my most favorite activity in Ajijic… 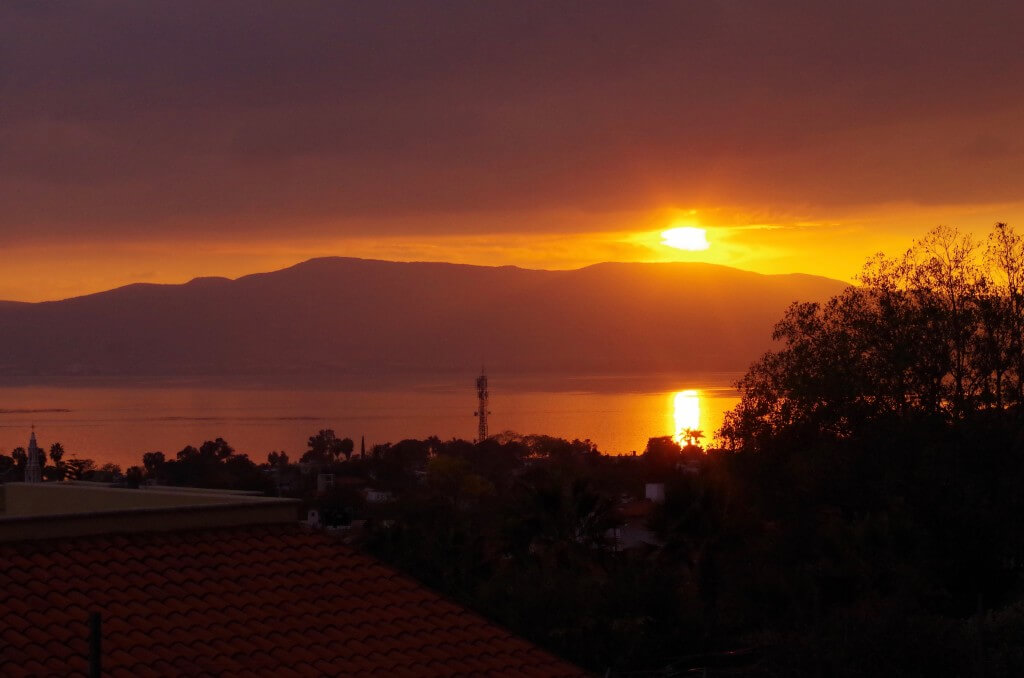 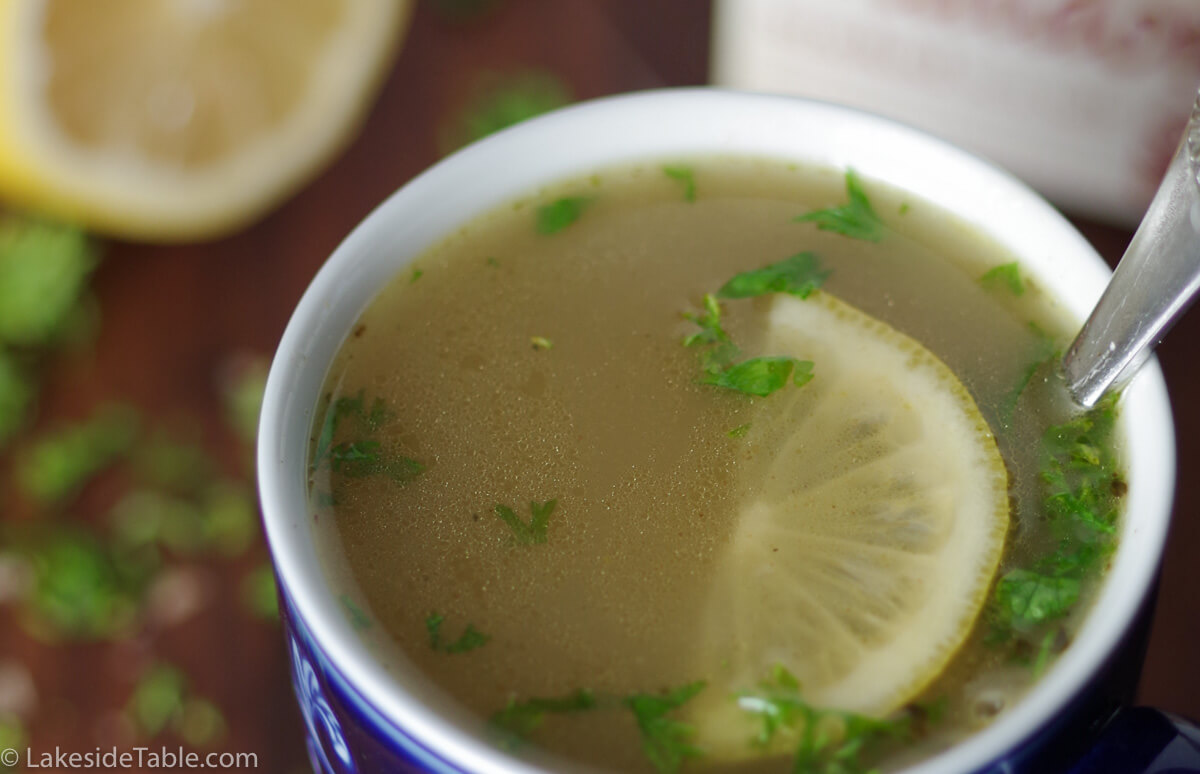