Last summer I was just wrapping up my yoga teacher training at Urban Breath Yoga in St. Louis and popped into this little sidewalk cafe in the Central West End.  It was a perfect night to sit outside.  I ordered their chilled cantaloupe soup and it blew me away.  I haven’t been able to get it out of my mind since. 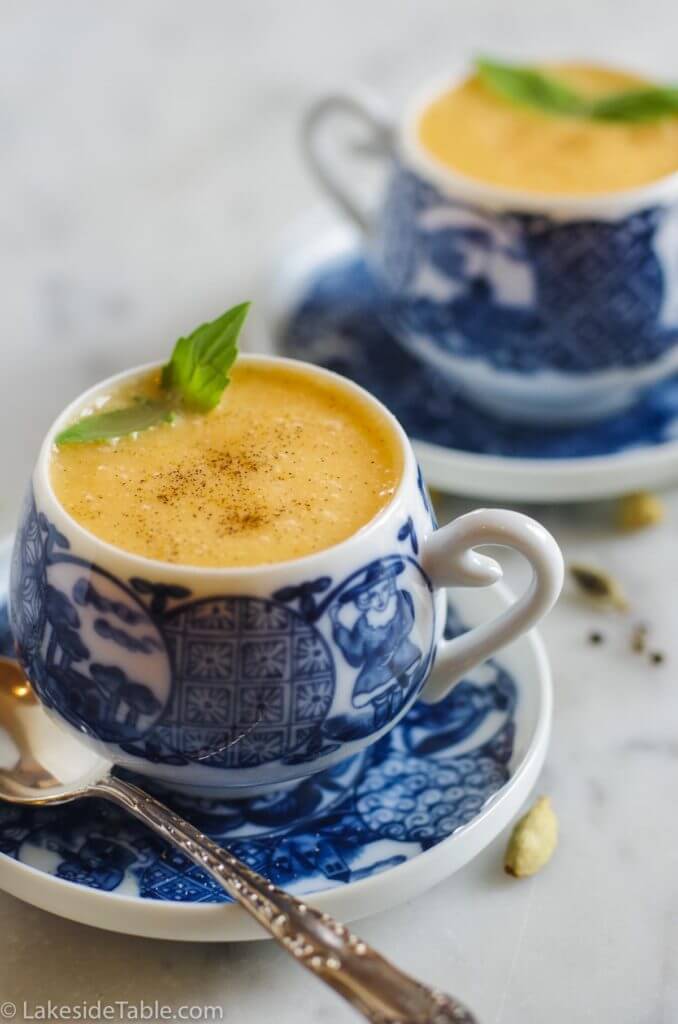 I looked online and asked around for a recipe and couldn’t find anything close to what I had that night.  I found recipes that called for orange juice and mint.  Ick, no thank you.  Anyone who has had a glass of OJ after brushing their teeth knows that.  Into the kitchen “laboratory” I went!  I wanted to find a spice that would blend well with the cantaloupe and enhance its natural sweetness without over powering it.

For the love of cardamon

I love cardamon.  It has a deep rich flavor like cocoa that’s almost nutty, kinda earthy like pepper, and aromatic just a bit like honeysuckle.  It would be like if cocoa, cinnamon, honey, and a coconut all got together and had a love child in Tahiti.  That’d be cardamon. 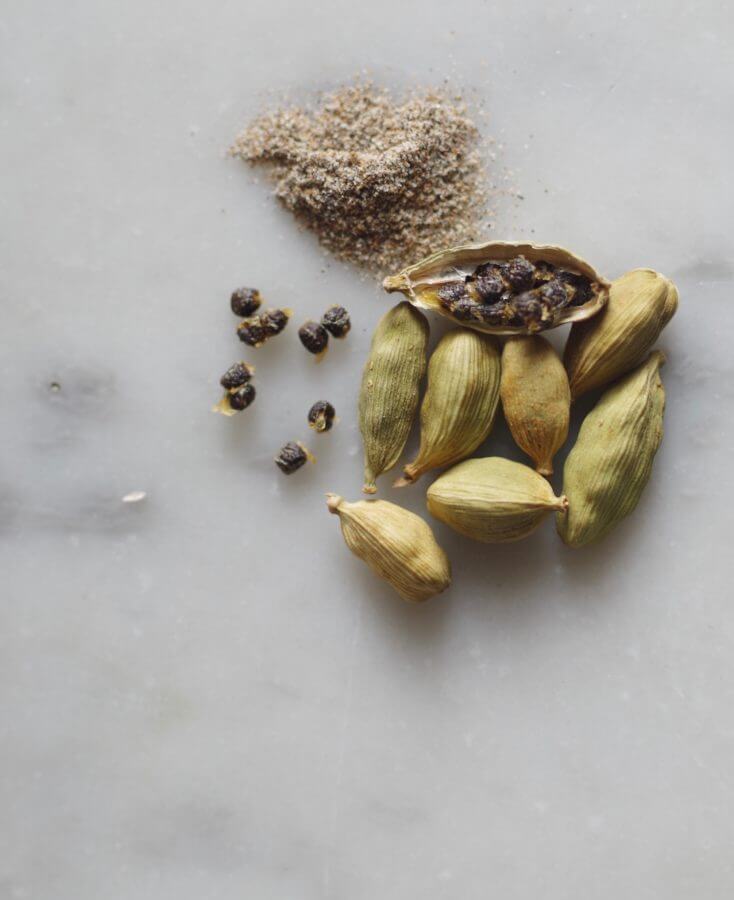 Sure enough, just a little bit of the spice nailed it.  Not only is it tasty, it has healing properties too.  It’s from the ginger family and like ginger, cardamon is a digestive aid and has been used to help fight infection and inflammation.  Often, you can find it in Indian cooking like green chicken curry or in sweet dishes like sticky mango coconut rice.  Years ago, I had an amazing Lebanese baklava with cardamon, rose water and honey.  It’s been over 20 years and I still remember it.  Oh yum!  Cardamon is also delicious in coffee and tea.  And now chilled cantaloupe soup! 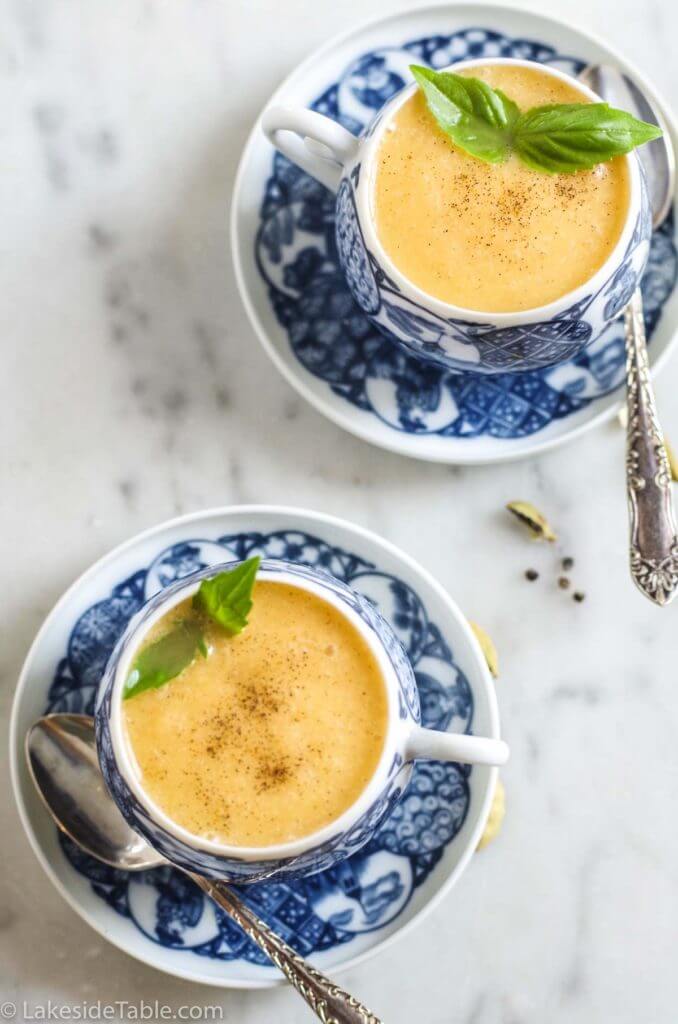 So all the ingredients came together beautifully.  This cold soup is refreshing, different, and a bit exotic.  But then I got to thinking… “Is it really a soup?  What is the difference between a chilled fruit soup and a fruit smoothie?  And for that matter, how do they differ from a vichyssoise or a gazpacho?”   Hmmm…

Well, let’s start with soup.  My Webster’s Dictionary defines soup as liquid food.  Really, Webster, is that the best you can do?  Let’s move on to vichyssoise.  That’s an easy one.  Vichyssoise is a cold soup made of leeks, potatoes, and cream.  It’s French and has been around forever.  And a gazpacho is a cold Spanish soup (with possible roots dating back to the Romans) made of pureed herbs, spices, and vegetables such as tomatoes are cucumbers.  Ok, veggies + history = soup.  Got it, but what about fruit?

A soup can be a meal eaten on it’s own or served as one course in a multi course meal.  A soup is also eaten with a spoon and a smoothie sipped through a straw.  So, I think the question of soup vs. smoothie, is more of a question of where not what.  If it’s in a bowl, it’s a soup.  If it’s in a glass, it’s a smoothie. 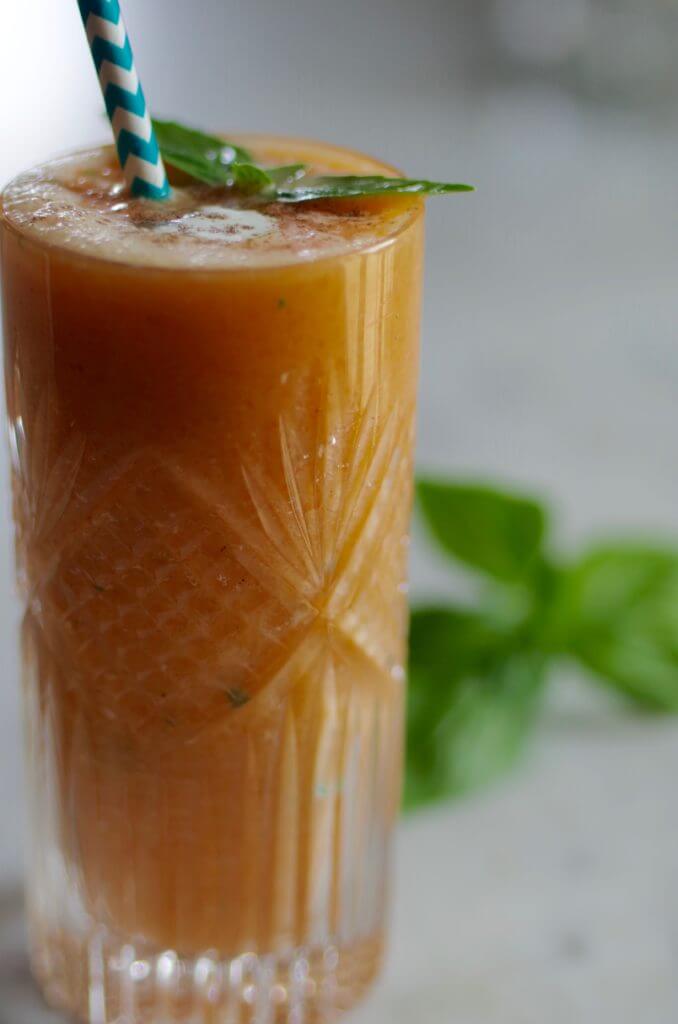 I would love to hear what your thoughts are on this.  So if you’d like to weigh in on this, please comment below.  What do you think makes a chilled fruit soup a soup and what makes a smoothie a smoothie?  In the meantime, cantaloupes are at the peak of their season right now.  Go out and get one and try this chilled cantaloupe soup/smoothie and enjoy your summer! 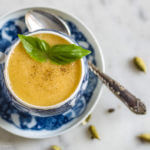 This is such a delightful chilled summer treat!  It lets a sweet cantaloupe really show off it's stuff. Serve cold as an appetizer or drink it as a smoothie.  Either way, it's divine.  | www.lakesidetable.com
Course Beverage, Soup
Prep Time 10 minutes
Cook Time 0 minutes
Total Time 10 minutes
Servings 6 servings
Calories 72 kcal
Author Madalaine